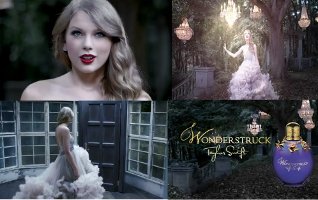 I was wonderstruck reading the recent New Yorker profile on country pop star Taylor Swift. I had heard her name, but had no idea — number 7 on Forbes' list of Most Powerful Celebrities? More albums sold in the last five years than any other musician? Who knew? Anyway, her debut perfume came out this fall under a licensing deal with Elizabeth Arden, and it's about what you'd expect: a "charming and sparkling surprise of vibrant fruits, kissed by a bouquet of soft petals and a touch of sweet indulgence." In other words, it's a sweet-ish fruity floral with plenty of vanilla in the base, along the lines of Britney Spears Fantasy, and while there's not much to distinguish it from the two bazillion other variations on Britney Spears Fantasy, it's perfectly wearable and it's reasonably age-appropriate for the target market. Oh, and there's a bunch of charms hanging from the neck, each with a special meaning for Ms. Swift (and presumably, for her fans), and there are reportedly 13 floral notes because 13 is her favorite number. The lasting power is not all that great, but you can't have everything. 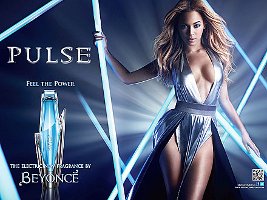 Beyoncé Pulse is the singer's third fragrance (it follows Heat and Heat Rush) and it's supposed to reflect her "incredible energy and powerful femininity".

Pulse starts with a heavy dose of pear with a smidgen of tropical fruit, and a strong but short-lived booze note. Then it's mostly sheer watery florals over creamy and mildly powdery vanilla musk. The pear, unfortunately for me (it's sad but true: I'm anti-pear) lingers long into the proceedings, and as usual it makes me think of shampoo or body wash, not perfume. But, that might be a plus for you — in the comments to the fragrance announcement, a reader pointed out that it reminded him of Johnson & Johnson Baby Shampoo, "the most comforting smell in the world". So I didn't like it, but you just might.

Jessica Simpson I Fancy You 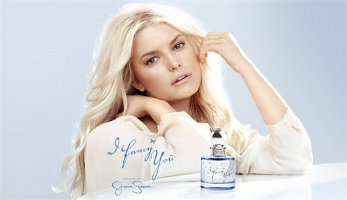 I Fancy You came out this past summer. It's the latest (and reportedly the last) in the "Fancy" series from Jessica Simpson — see  Fancy, Fancy Love, Fancy Nights — and it's my least favorite of them all, by far. It's sort of what you'd get if you reimagined Sarah Jessica Parker Lovely as a budget dryer sheet: a clean, cleaner, cleanest musk with an apple + pear opening and a bland but insistent floral heart. The fresh (make that FRESH) musky base will last all day and then some.

Jessica Simpson I Fancy You was developed by perfumer Cecile Hua; notes include Fuji apple, pear, bergamot, lily of the valley, tuberose, hyacinth, sandalwood and pink musk. It can be found in in 30, 50 and 100 ml Eau de Parfum. 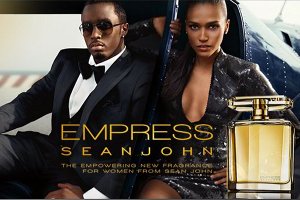 As usual, I am hampered by my complete lack of up-to-date gossip about the sorts of celebrities who land perfume deals. Is Puff Daddy no longer in favor? Whatever's going on, this one seemed to land with a thud, in stark contrast to the fervor that greeted his past efforts under the Sean John label (Unforgivable, Unforgivable Woman, I Am King, plus a few random flankers). Mind you, I'm not arguing that it deserved more attention. It was announced as a "crisp fruity floral", but something, somewhere, must have gone terribly wrong along the communication chain. It smells like a not very competent generic sport cologne for men, fresh but loud. The foody notes listed in the press materials are mostly MIA. That is, there is lime, and there are berries, but overall it does not smell like dessert, just like generic sport cologne with lime and berries. Sweet fruity florals, crisp or not, aren't really my cup of tea, but offhand I can't think of a sweet fruity floral that I don't prefer to Empress. My least favorite of the Sean John line, and possibly my least favorite celebrity fragrance this year.