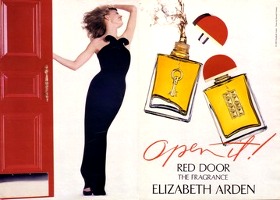 Cosmetics firm established by Florence Nightingale Graham, who later adopted the name Elizabeth Arden. She opened her first salon with a partner around 1909; later, she started producing face creams and makeup, and the one salon led to a chain of salons across the United States and Europe. Arden was at one time one of the wealthiest women in the US, and she is frequently credited with making color cosmetics "acceptable" in polite society.

Arden died in 1966. The brand was bought by Eli Lilly in 1971, and later sold to Unilever, who in turn sold it to FFI Fragrances in 2000; later still, FFI changed their name to Elizabeth Arden Inc. In 2016, Elizabeth Arden was acquired by Revlon.

You can find Elizabeth Arden and associated brands in department stores, at the online fragrance discounters, or at the brand's online shop (see link below).

See all articles on Now Smell This tagged Elizabeth Arden.