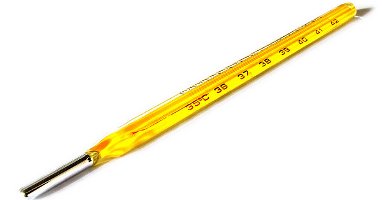 If you are sick of being sick this winter, you are not alone. Flu season started early in the more populous parts of the United States, Canada and the U.K., with several urban centers reporting up to six times the normal number of confirmed influenza cases by late December 2010. Doctors and heath practitioners in North America are also seeing more viral gastroenteritis and strep throat cases this year. Vaccine numbers are down, hospital admissions for children and the elderly in many areas are up, and with all the storms and frigid temperatures some of us have experienced, we're trapped inside our homes, schools and workplaces with miserable, germy companions. My extended family spent the holidays passing around a virulent Norovirus. The infection casualties totaled 21 people. Since then my household has seen one bout of hacking cough, two solid weeks of influenza (four consecutive cases, with the result that I also came down with cabin fever), an infant ear infection, two cases of eczema and one four-year-old who apparently needs more liquids and fiber in her diet. The heat rash and insect bites of summer can't come soon enough.

Being a perfumista doubles the despondency of a stuffed nose. Two or three days last month, I was unable to smell anything properly and I was bereft. During a voluntary fragrance break, you still have access to other scented comforts: food, fresh air, scotch whisky. The last few bad colds I've had have served to remind me how much I've come to rely on my sense of smell to give color and focus to each day. Every time the congestion has passed, even if I'm still suffering from other symptoms, I've returned to my life and my perfume cabinet with glee and relief. The world is in HD again.

There are a number of different approaches to perfuming your convalescence. Some simply wear their favorite soft scents. Others take their cue from the nourishment preferred by invalids, and if you are of this school, you can't go wrong with Robin's fragrance family, Wood Puddings. The cozier tea fragrances are similarly helpful: in 2007, I nursed a terrible cold with a week's worth of Creative Universe Té, a wonderfully soothing piece of tea realism with a flat, floury angle that recalls the craft paste you were not supposed to eat in primary school. The reformulated version of Etro's smoky, green Palais Jamais or elizabethW's Sweet Tea would work similarly. A related approach that nevertheless gives completely different results is to wear scents that mimic energizing dietary remedies: Atelier Cologne Orange Sanguine (orange juice), Fragonard Cologne Grand Luxe (hot lemon), L'Artisan Piment Brûlant (bell peppers), A*Men Pure Coffee (self-explanatory) or A*Men Pure Malt (the aforementioned scotch) and Demeter Gingerale. Sadly, I have never found a perfume evoking sauerkraut, which is what I favor in this vein.

For most afflictions, though, I am a proponent of the medicinal, bracing, head-clearing fragrance. (Mercifully, I do not suffer from migraines and so can't suggest anything there, except going without perfume.) Even with tummy issues, I find a good blast of spice to be helpful: a liniment smell seems to have a psychosomatic action on the body aches that often accompany stomach flu, and heat sometimes produces an odd, belly-filling effect. Please find below my recommendations in this genre and comment with your own bug-fighting favorites.

Dawn Spencer Hurwitz Wasabi-Shiso: I am a great fan of Japanese horseradish — or indeed, any radish, as well as Japanese cuisine in general — and so I am grateful to Robin for finding this one. When we were first dating, my then-boyfriend and I were provoked into a wasabi-eating contest by my younger brother. Yes, I won... and at great cost to my sinuses, tear ducts and dignity. Yes, my brother went on to become a devotee of the Jackass movies. And yes, the boyfriend was impressed and later married me. The wasabi accord here is not quite as blackout-inducing as its model, but then, very few people would want it to be. (I am a freak.) The shiso (or perilla mint) is both fruity and bitter and nicely balances the pungency. This is a bargain-priced entry from the DSH line and so it can be sprayed with abandon.

JAR Golconda: One of the problems of writing about great scents is that you end up harping on about the same perfumes several times. This is the third time I've listed Golconda in a 5 Perfumes post, so I must really believe you should spring for a very, very expensive sample of it. And if you can't wear a $440 per ounce perfume when you are sick, when can you wear it? The mesmerizing kaleidoscope of note effects — cloves/carnation, wintergreen, nutmeg, lily, ambergris, shiitake mushrooms — will distract you from your malady and the rich, umami background will feed your weakened spirits, just as beef tea or miso soup would.

Santa Maria Novella Potpourri: This is the second time I've listed this one. Smoky, spicy, woody, sweet, bitter and hot, this fits the stereotype of many natural cures: in large doses, it induces the symptoms it seeks to cure. My daughter sprayed a full atomizer of this in our front hall once and nearly felled her asthmatic father. Great, powerful stuff and a bottle will last a lifetime. Those who prefer something less eye-searing should try Heeley Espirit du Tigre/Spirit of the Tiger, which balances the heat haze with cooling menthol.  If you can tolerate lavender, you should also check out Parfums de Nicolaï Maharadjah.

Diptyque L'Eau Trois: Diptyque has many options for the sick and sick-of-heart, and both their original L'Eau and Eau Lente would make lovely substitutes if you are unable to find Trois, which is sadly no longer in wide distribution. The opening blends the gas fume bloom of fragrances like YSL M7 with herb-y, oil-of-oregano vapor. After that, it's all incense. 'Nuf said.

Christian Dior La Collection Granville: It seems that Dior has created some ill-will for this boutique collection by copying so closely the model of Chanel's Les Exclusifs: the French-y, definitive-sounding name (a bit late, aren't we?), the classic categories of scents, the magnetized caps, etc. Perfumanity seems put off by the blatancy of the imitation, and it will be a shame if Dior has therefore doomed their better fragrances from this bunch. Granville, with notes of pine, thyme, rosemary, lemon, black pepper and sandalwood, is an obvious nod to the house's Eau Sauvage. It opens with a very brisk breeze of pine and pepper, but surprisingly (for a scent on this list, anyway) resolves to something a little quieter than its predecessor, classically aromatic and slightly salty in the way of lemon-zest-and-pepper sodium substitutes. Very elegant and relaxed.