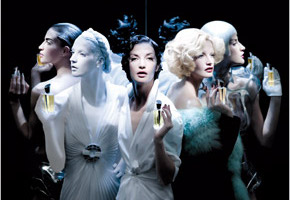 I come from a family of what you might call theatre people. In university, my mother starred in a number plays, including a nationally reviewed production of Who's Afraid of Virginia Woolf? which featured my mother — smoking! cursing! — as Martha as well as a young Martin Short as Nick. After school, she was accepted to train at Canada's largest classical repertory theatre, but she decided to go to teacher's college instead. As a drama teacher one of her most enthusiastic students has been my middle brother, who has acted and written for the stage and is now pursuing his doctorate studying Modern American theatre. Since she retired, Mom mounts annual plays or musical revues, often with a cast involving sixty or more residents of her small town. Though my father, youngest brother and I are seldom assigned lines, we are always called upon to prompt, to manage props, spotlights and sound boards, or to play corpses.

It is time to admit that we do not have "presence". I don't think any member of my family has ever attempted to sweep majestically into a room... unless the entrance was preparation for a pratfall. (Both of my brothers have a talent for slapstick.) I will never be the woman Angela conjured out of Jean Patou's Que-sais je?: "elegant, with a difficult background and maybe bipolar tendencies". There are days I am relieved by this, of course, and especially the bipolar part. Occasionally, however, it would be nice to feel a bit like Greta Garbo, and a little less like somebody from Waiting for Guffman. One of the wonderful things about fragrance is that I can scent myself as if I am the star of my own life: tall, with an athletic yet languorous carriage, a high, stern bosom and magnetic eyes that speak silently of familial and romantic complications. In truth, I am five feet high, doughy-featured and never silent — but I smell great!

Robert Piguet's Fracas, YSL Opium and Guerlain classics like Shalimar and Mitsouko are often mentioned in the context of making a dramatic statement. While I hesitate to discourage somebody from wearing  these monuments of scent for any reason, they are recognizable to many people. Familiarity with a fragrance — even a potent and enduringly gorgeous one — saps a bit of the mystery and force out of encountering it. For me, L'Heure Bleue is a perfume that perfectly evokes the secret, swoony eponymous "blue hour" of dusk. Still, it is difficult to do my best Catherine Deneuve impression when somebody approaches me while I am wearing it with: "Hey, that's that Guerlain perfume, right? My mom wears that one!" Like beauty, drama needs to be a little unsettling or odd to really strike home, and I find perfumes that are dramatic often have something hard and almost masculine about them.

Of course, I could also easily list off five dramatic Serge Lutens perfumes: Tubereuse Criminelle, Iris Silver Mist, Sarrasins, Arabie and Bois de Violette, say. Most people who are interested in perfume don't need to be signboarded in the direction of Serge Lutens for a little mystery, though. Posted below are my other suggestions for a star-making turn.  And please don't forget Angela's Que-sais je?...

Thierry Mugler À Travers le Miroir: Appropriately enough for a scent named after Through the Looking Glass, there is a duality about this one that both repels and compels me. The opening absinthe note is striking, herbal and airy, not thick like liquor. Meanwhile, the tuberose at the heart of the scent is lush and slightly syrupy, though not overbearing in the way of some tuberoses. A chilly tingle of wintergreen floats above the darker base of the fragrance, where tobacco and creamy balsamic notes seem to make a nod towards the Guerlain and Caron classics. A perfume of light and shadow, resolutely elegant and not particularly feminine. This won a FiFi for creator Alexis Dadier of Mane USA.

JAR Golconda: I last listed this one here. On his blog, Perfume Notes, Luca Turin described this as "a huge oriental with the cheekbones of Katharine Hepburn and the shoulders of Joan Crawford." The carnation is prominent, but the absolute used here turns carnation into a carnal flower, a cross between lily and tuberose, with meaty, salty and camphorous notes.

Armani Privé Ambre Soie: A lusciously smooth yet transparent amber, this oriental has all the depth, warmth and sweetness of a classic amber, but with something like the sparkle and silky cream of rootbeer foam folded in.

Chopard Cašmir: A strange, sexy, indigestible start of peach and tropical coconut, followed by a massive heart of jasmine, ylang-ylang and the damp-newsprint smell of mimosa (last noted in Frédéric Malle Une Fleur de Cassie). An outrageous stew of animalic woody notes and powdery vanilla forms the base. The juice is by no means subtle and the bottle looks like a space saucer decorated by Shriners, but I recommend Cašmir as a scent as inexpensive, decadent and weirdly beguiling as Cacharel's Loulou.

Lancome Magie Noire: The pure Parfum of this is still sometimes available on auction sites and it's worth seeking out. Smoother and more feline, it plays up the honeyed fruit notes (raspberry and blackcurrant) as well as the animalic base of the scent. Like the lesser concentration of Piguet's Bandit, the Eau de Toilette of Magie Noire is bitter and smokier, with more emphasis on the vetiver and narcissus. Both concentrations would add a little magic to any entrance.