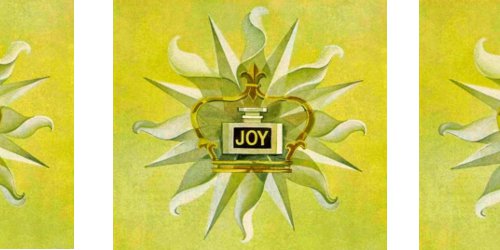 One afternoon last week, I sniffed my wrist, trying to remember which perfume I’d put on that morning. “Oh, Shalimar,” I thought, smelling the familiar animalic shellac of lemon, vanilla and amber. But, no. I’d actually worn Carthusia Ligea. Without too much of a stretch, it might have been Coty Emeraude or even Etro Shaal Nur.

It spurred me to think about perfume smell-alikes. It makes sense that a success in one grand perfume house would spark drugstore copies. One of my favorite vintage scents, Ciro Danger, is clearly a drugstore take on Schiaparelli Shocking with cinnamon. Or, to return to Shalimar, its success has led Guerlain to gin up copies of its own fragrance in flankers.

I thought it would be fun to look at a few perfume successes and see how they rippled through the fragrance ecosystem.1 The obvious place to start is Chanel No. 5. Its combination of aldehydes and florals was a hit. The respectable-but-relatively-downmarket Coty responded six years later with L’Aimant. Now every major perfume house has to have an aldehydic floral in stock, even though they haven’t been in fashion for fifty years. Witness everything from drugstore favorites Faith Hill by Faith Hill and Elizabeth Taylor White Diamonds to the costly Amouage Gold Woman.

Jean Patou Joy advertised itself as the most expensive perfume on earth. Dana responded not long after with Platine, another rich floral, this one with specks of faux platinum in the cologne. Shake the bottle, and bits of metal float as if it’s a snowglobe. Platine seems to say, “Hey, Joy, go ahead and call yourself deluxe, but I bet you can’t do this.” I have to wonder if Bourjois Evening in Paris is Joy’s Woolworth daughter, too.

Then there’s Mugler Angel, which has inspired a whole industry of sweet, loud, patchouli-laced knock-offs. If it’s pink or purple and in a body spray at Walgreen’s or Victoria’s Secret, there’s a good chance it’s an Angel rip-off. Half the fragrances touting themselves as “sexy” at the department store are, too, although usually with Angel’s hint of armpit left out. Calvin Klein Euphoria and Lancôme La Vie est Belle are examples.

What favorite “spawn of” fragrances do you wear? And can you think of a successful perfume that didn’t spawn copies?

1. For a more comprehensive look at how a particular perfume might have inspired other fragrances, check out the “genealogy” section in Nez magazine. It maps out a family tree for one influential perfume per issue.