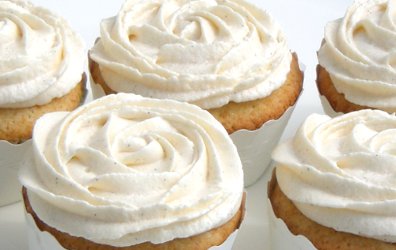 I should have written this post weeks ago, when we had a brief period of glorious summer weather. Other than that, it's been a rather odd summer, weather-wise, after a rather odd spring. At the moment, we're having the usual heat and humidity you'd expect in August, but far more gray, gloomy days than usual for this time of year, and we seem to be on a daily thunderstorm schedule. But onward and upward: this is the last of my seasonal vanilla posts, since I've already done fall, winter and spring. As always, do chime in with your own picks in the comments!

Diptyque Eau Duelle: The vanilla martini top notes are perfect, and even though I don't love the dry down (a quiet hum of tea and spice) quite as well, Eau Duelle would be my first choice for a vanilla that can take the heat of high summer. It works just fine the rest of the year too, and maybe it's also my first choice for a no-brainer vanilla in general?

Le Labo Vanille 44: Le Labo's city exclusive for Paris is akin to a woody vanilla soda, although as it dries down, it morphs into something more like a sheer skin musk. I adore Vanilla 44 and would love to have a bottle, but I object to the price, and I'm not too fond of the "city exclusive" status either, which makes it harder to buy it even if you want to cough up the big dough. Another option along the "vanilla musk" lines would be the more affordable (although not exactly a cheap thrill) A Lab On Fire Mon Musc à Moi, but you'll have to like clean way more than I do.

Hermès Vanille Galante: A bit of a cheat, since it's not all that vanilla-ish, but there is vanilla, and it is as light and airy as you could wish for.

Berdoues Vânira Moorea: The clear winner here in the packaging department. I'm not sure it's brilliant, though, and you could approximate it by layering another light vanilla with your favorite citrus (in the past, Kevin has suggested a mix of Atelier Cologne Vanille Insensée and Guerlain Eau de Cologne Impériale, and I'm fond of layering almost anything with small dabs of Tauer Vanilla Flash). Still, darned cute bottle and a not-too-terrible price.

Kerosene Unforsaken: I think of Unforsaken as more of a spring fragrance, but if your summers are cooler than mine (or if you're spending most of your time in air conditioning anyway), it might be perfect, and as creamy citrus gourmands go, this one is lighter than most. If it was sold in small bottles, I'd have gone through 2 of them already.