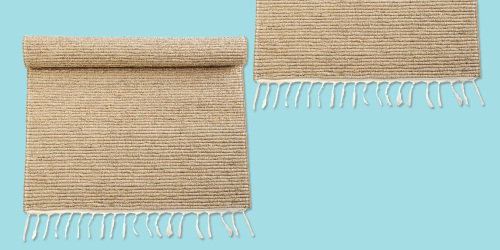 It's April, and we ought to be having spring weather, but so far, it's been elusive at best, at least in my neck of the woods. After a warmer than usual winter, we're having a colder than usual spring (I've got my heat on today, again). All the same, it's time for the spring vetiver list (I've already done summer, fall and winter, and I'm now accepting votes in the comments for what note, fragrance family or style to do next). As always, the line between the seasons is perhaps a bit arbitrary and/or personal, but for spring we're looking for versatility: not so heavy as winter, not so light as summer, able to work in nearly any weather, perhaps a bit more lighthearted than the fall list? And as always, do add your own picks in the comments!

Parfums DelRae Panache: I think of Panache as a kinder, gentler riff on Serge Lutens Chêne, with vetiver mingling with the oak and rum, and a lovely but appropriately brief thread of magnolia to signal spring. Less vetiver-focused than most of the fragrances on the seasonal lists — it's sort of what I imagined Prada Infusion de Vetiver would be — and possibly just right for someone who doesn't love vetiver enough for a soli-root outing. But where are those travel-sized DelRae fragrances I've been waiting for?

Carven Vetiver: another lightish-on-the-vetiver vetiver; Kevin noted that it could as easily have been named Carven Géranium (rose geranium, that is). Bright, fresh and cheerful, with a perfect green bottle. A good alternative for anyone who doesn't love Guerlain Vetiver.

Chanel Sycomore: A dry, almost-smoky vetiver, of spring or fall weight, with better lasting power than some of its brethren in the Les Exclusifs range. And likewise in keeping with the rest of the Exclusifs, it doesn't stay on your mind because it's so terribly unusual, but because it's so terribly well done. Kevin called it classy; Luca Turin advises you to see your doctor if it "does not make you shiver with pleasure".

Tom Ford Grey Vetiver: Like the Chanel, not so terribly unusual, but it's also well done, and it's a whole lot cheaper than Sycomore. It would make a great starter vetiver while you're building up your palate for Frédéric Malle Vétiver Extraordinaire.

Ermenegildo Zegna Essenze Haitian Vetiver: inching up in price again, but still cheaper than the Chanel. Kevin says "its character is somewhere between vintage Guerlain Vetiver and Vétiver Extraordinaire, but it has more buoyancy and sparkle than either of those perfumes". This is another one that would join my collection in an instant if I came across it in a travel size.

Note: shown is a small Vetiver Mat with fringe from Zen Deluxe: "This 24" x 36" bath mat, woven with cotton and vetiver root, feels great on the feet. A steamy bath room will cause the vetiver to always release its soothing scent." $47.50.