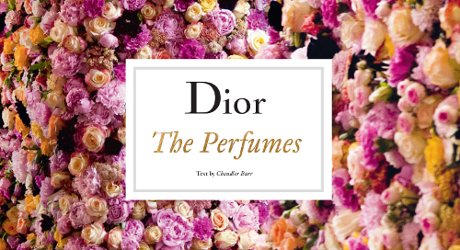 Whether you will love Dior: The Perfumes depends on more than your enthusiasm for Christian Dior fragrances. First, you’ll need to enjoy Chandler Burr, and I’m not talking about “Burr the saucy perfume critic.” I mean the new Burr, the one who has embraced art criticism as it pertains to fragrance. Next, you’ll need to prepare yourself for some rah-rah Dior pap. Dior, not the book’s publisher, commissioned this book and paid Burr. It shows. But among the hosannas and PR celebrity stills are some interesting stories and gorgeous old photographs.1

Dior: The Perfumes starts with a chapter on Christian Dior’s life as an art dealer, before he became a couturier. The following chapters either feature an essay by Burr on a particular perfume, or on a collection of fragrances, such as Les Escales de Dior. Each chapter is full of photos. (For instance, the essay on Eau Sauvage takes up about a page and a half, while photos fill another nine pages.) Also, inserted toward the beginning of the book is an 18-page spread on Christian Dior and his gardens. At the end of the book is a chronology of Christian Dior fragrances with their release dates.

In each of the essays, Burr compares a fragrance or collection of fragrances to a style or school of art, or he uses art terms to discuss the fragrance. Diorissimo, for instance, is Photo-Realism. Diorama is Abstract Expressionism (Burr’s love for Diorama comes out bright and full and is wonderful to read). Poison is Conceptual Realism.2

I loved holding the big book in my lap and flipping through the glossy pages, and I picked up some interesting facts. (Did you know that although Guy Robert created Dioressence for bath products and perfume in the United States, it was Max Gavarry who tweaked it before it was released as a perfume in France ten years later?) I found the perfume chronology enlightening, too. In Parfums Christian Dior’s first five years, it released two fragrances, Miss Dior and Diorama. In the last five years, it released 44.

However, if you want more than art criticism or unabashed praise of Dior perfumes, move along. No Dior trash talk is allowed here. To wit, in an older work, The Perfect Scent, Burr discusses the role of animalics in perfumery and especially calls out Caron Yatagan and Miss Dior: “—Miss Dior smells like the armpit of a woman who has not bathed in a week…and they are both categorically unwearable except by the French.”3 Compare that to this excerpt from Dior: The Perfumes, “It is no surprise that Dior’s first commission for a work of olfactory art was a masterpiece in the Neoromanticist style,”4 and he directly compares Miss Dior to “the scent of flowers” more than once. You get the drift.

You also won’t find any discussion of the implications of Parfums Christian Dior changing ownership (it’s owned by LVMH), nor does Burr talk about the reformulations of the classic Dior perfumes. To return to Miss Dior, a perfume newbie reading Dior: The Perfumes would assume that Miss Dior smells exactly the same as it did in 1947. (Let’s not even get into Miss Dior’s roller coaster of names and outright personality changes over the past few years — the book doesn’t touch that.) The story the book tells is that Miss Dior was created as the “fragrance of love,” and that’s what it was, and that’s what it is.

Here and there, Burr’s text felt incomplete or raised questions for me. For instance, keeping to Miss Dior, only Paul Vacher is named as its author, but the fragrance is generally credited to both Vacher and Jean Carles. Assuming that Burr learned that Carles was only tangentially — or not at all — involved with Miss Dior, it would have been nice to have that cleared up. Also, in a few places Burr cites Germaine Cellier as a brilliant perfumer, but she’s notably left out of the list of “great perfumers of the era,” while Edmond Roudnitska, who had only two perfumes to his name at that point, was included. (Jean Carles was left off the list, too, by the way.) Another drawback: discontinued Dior fragrances — even significant perfumes such as Dior-Dior — are sometimes mentioned, but not discussed. (I guess if you can’t buy them now, they don’t count as art, right?)

These are objective criticisms. Where the book fails for me, personally, is that I want the stories more than the theory. I want stories about the perfumes, how they were made, the women who wore them, and how they dovetailed with their eras. These fragrances are icons, suffused with romance and glamour and personality. I’m not interested in being told in an essay about Diorissimo that nature can’t be art since nature isn’t a creation — Burr’s views on art (and, incidentally, his atheism) don’t interest me. What I want to know is how Roudnitska’s aesthetics influenced his interpretation of lily of the valley.

I’d love for Chandler Burr to write a book illuminating his ideas about art and fragrance. I bet the book would inspire many an intelligent conversation. But I’m still waiting on my dream book about Christian Dior's perfumes. This isn’t it. 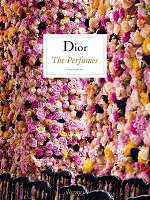 1. Give me one photo of Mitzah Bricard for twenty of Natalie Portman anyday.

2. Burr used a similar methodology for his 2012 exhibit The Art of Scent 1889-2012, at The Museum of Arts and Design. Blake Gopnik, among others, objected.

Fragrant: The Secret Life of Scent by Mandy Aftel ~ book review
Hyper-Natural: Scent from Art to Design ~ exhibit in Melbourne
The Emperor of Scent: A Story of Perfume, Obsession, and the Last Mystery of the Senses, by Chandler Burr