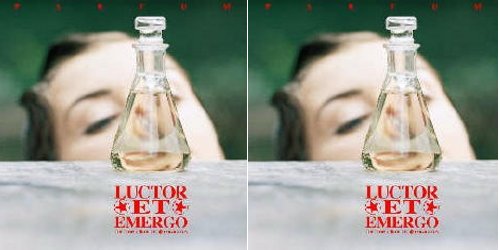 When I first dipped my toes into the world of internet perfume appreciation eight — or was it nine? — years ago, there were only a handful of perfume blogs. Of course, for me Now Smell This was tops, although I regularly cruised to Perfume Posse and Perfume Smellin’ Things.1 Perfumistas hung out at Makeup Alley for reviews and swapping.2 We were glued to Luca Turin’s blog. Way too often, we charged after the latest lemmings like they were stray tennis balls at the dog park.

Anyone remember what those perfumes were?

I remember a few. The People of the Labyrinths Luctor et Emergo — aka POTL — was one. Everyone had to smell it, and a lucky few owned it or its sister fragrance a few years later, A.MAZE, one of the first of a string of rose-coriander-patchouli fragrances released over the next year. As I remember, POTL smelled like Playdoh and almonds, and it was one of the first “weird” scents that fascinated me. (It’s still in production, by the way. I had to check. You don’t hear about it much anymore.)

10 Corso Como — an oud trailblazer! — soon became a solid gold lemming, as did the bell jar Serge Lutens, when Serge somehow seemed harder to get. A quick craze erupted over La Nuit de Paco Rabanne after Luca Turin’s comparisons to horse sweat, and perfumistas hoovered up available bottles on eBay. The comforting Anne Pliska was homecoming queen for a while. The Rosines had their day in the sun. So did Lorenzo Villoresi Teint de Neige's aroma of delicate powder in some circles, I remember.

Certain vintage fragrances bounced in and out of lemming territory, as well. For a while, everyone needed a bottle of Gucci l’Arte di Gucci, and the older Balenciagas — Quadrille, Prelude, and Michelle, to name a few. Jean Desprez Bal à Versailles had its aficionados, who ranked its desirability by the skankiness of the formulation. I remember Sonia Rykiel getting a lot of love at one point, too.

Some of those lemmings solidified into real market share. Tauer Perfumes launched in lemming territory thanks to Turin’s review of L’air d’un Désert Marocain but earned a solid following. Ormonde Jayne owes at least some of its success to the early lemming status of Ormonde Woman, Ta-if, and Tolu. Bulgari Black consistently earns raves even now. On the vintage side, the Guerlain Mitsouko rage is still running strong, rivaled perhaps only by Rochas Femme partisans. Fendi Theorama is still a score. Older Carons still raise interest among perfumistas, even if they seem less rabid these days to sample En Avion and Pois de Senteur.

What about today? Do you notice any particular lemmings? Over the years, I’ve grown immune to them, for the most part and have retreated to old favorites. (My last big purchase was Chanel Cuir de Russie, for instance.) Of the lemmings you do see, which will survive in the long run?

1. Anyone remember Cognoscented? I always liked that one — the writing was so smart. Anyone know what happened to her?

2. The first bottle I swapped was a bottle of Frédéric Malle Noir Epices I’d bought in Paris when Malle had only one boutique. Foolish. I wish I had that bottle now (sigh).