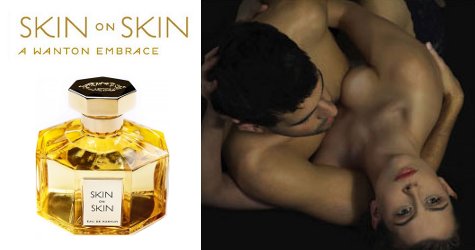 Long-time perfumistas, what were the "big" niche brands when you started out? My own perfume addiction took hold on the fragrance board in MakeupAlley in 2003, and at that time, as I saw it, the "big four" were basically Diptyque, Serge Lutens, Frédéric Malle and L'Artisan Parfumeur.1 When one of those four brands released a new fragrance, perfumistas sat up and took notice, and everyone did their best to get their hands on a sample as soon as samples were available to be had.

It's a different world now. There are approximately three times as many fragrance launches every year, and so many niche brands have sprouted up — and in some cases, vanished again just as quickly — that it's impossible to keep track of them all. Diptyque, Serge Lutens, Frédéric Malle and L'Artisan Parfumeur are still big names, but even venerable old brands can no longer rest on their laurels what with all the product out there competing for attention. It takes some doing to keep the affections of your long-time customers and still attract new business.

L'Artisan Parfumeur kept my affections for a good long time, but lately, I've been puzzled by exactly what they're doing over there. Many of their beloved series — the limited edition summer fragrances, the travel fragrances (Bois Farine, Timbuktu, Dzongkha), the harvest perfumes — appear to be in remission, and it looks like they are phasing out a number of my favorite scents.2 At a time when many other luxury niche brands are introducing smaller travel sizes, L'Artisan has not only stopped making 15 ml travel sprays,3 but is offering fewer and fewer fragrances in amounts less than 100 ml. More to the point, maybe I'm just missing the message, but their output over the past few years seems somewhat random, like maybe they're baffled too, or maybe they're not sure exactly what sort of niche brand they want to be and what kind of customer they want to reach. Other than the lovely but limited edition (and not really developed directly by L'Artisan anyway) Séville à l’Aube, it's been ages since L'Artisan has made anything that tempted me to spend, and I'm mystified that the (apologies to its fans, as always) eminently forgettable Caligna is still in production while masterpieces like Traversée du Bosphore, Bois Farine, *and even their namesake fragrance, L'Eau de L'Artisan, are on their way out.

So. The Explosions d’Emotions trio (Amour Nocturne and Déliria, which Angie reviewed yesterday, and Skin to Skin, my subject today), launched last year. They were announced as "faithful to the vision of [L'Artisan's] founder, Monsieur Laporte", but they sounded like no such thing, in fact they sounded a little more like L'Artisan was perhaps angling for a piece of the gourmand action on mainstream perfume counters. So I wanted to try them but I apparently wasn't in any big hurry; it's now 2014 and I'm just getting around to it. It didn't increase my sense of urgency that they're all in 125 ml (honestly! why? and why the squat bottle?) and they're $280 a pop (!). At least I'm smelling them before they add three more to the series, which they'll reportedly do by the end of the year.

All of which might help to explain my lukewarm reaction to Skin on Skin. I take it from the sort-of-steamy imagery4 (see above) and the "wanton embrace" and "carnal creation" from L'Artisan's description that it's meant to be the sexy fragrance in the trio, but I found it to be nothing like — although to be clear, I didn't find any of the three sexy. Instead, Skin on Skin is a quiet, contemplative iris from perfumer Bertrand Duchaufour. The notes feature iris, suede, saffron, whiskey, lavender, rose and musks. Skin on Skin opens cold, almost metallic, with saffron and fruit notes floating above a bed of smooth iris. A jammy rose in the heart almost takes Skin on Skin into the gourmand territory occupied by Amour Nocturne and Déliria, but it's sheer enough that the iris maintains center stage and Skin on Skin isn't really what I'd call a gourmand. I do not catch anything like whiskey, but there is a smooth, quiet suede, pale at first, then a tad darker and warmer as the fragrance develops on skin. Farther on, it takes on a bit of a creamy finish.

Verdict: Skin on Skin is easily the least "explosive" of the trio; I would call it a perfect iris fragrance for reading in bed. It's nicely done, very wearable, and certainly worth a try for iris fans. I like it better than several recent iris fragrances (Penhaligon's Iris Vaara, Atelier Silver Iris) but I wish the dry down were a little more lively, and came closer to something that might live up to its name.

Overall, I'd say the whole trio is a disappointment, and I was interested to read that Bertrand Duchaufour feared a bad reaction because the collection was so innovative and avant-garde and provocative;5 that certainly wasn't my take. If you've smelled any or all of them, what did you think?

1. Not necessarily in that order. Serge Lutens ruled, and a new fragrance from "Uncle Serge" created something of a frenzy.

2. In other words, some of those fragrances are still in production, but there haven't been any new additions to the series, and meanwhile the brand recently moved a number of its popular scents to a collection it was initially calling "La Bibliothèque" but which is now more helpfully labeled "last chance to buy".

3. Ok, there are still a few 15 ml bottles on Sephora, and they do appear, occasionally, in coffrets. But it is odd to me that L'Artisan, who made small sizes long before any of the other expensive niche brands, largely abandoned them just when everyone else started to make them in earnest.

4. The tag line that came to my mind when I saw that image, though, was Diesel's "are you alive?", from Fuel for Life. She looks like her mind just left the building.

5. "It is supposed to be something completely different, not outrageous but something provocative. I would say the reaction of the consumers has not been that bad. The most difficult people are often the French. Because French people are very proud of their perfumery and they are sure the French are the best at it. But at the same time they are very conservative and they often react against something new. For me, Anglo-Saxon people are more open to modern perfumery and avant-garde brands. I know that for this kind of collection by L’Artisan Parfumeur, the reaction is much better from Anglo-Saxon people. American, English, Australian and also German consumers are more open to it...It is not a big success but it is a success. For something very new and innovative I was really afraid of a bad reaction by the public." From Talking Perfume with Bertrand Duchaufour at What Men Should Smell Like.