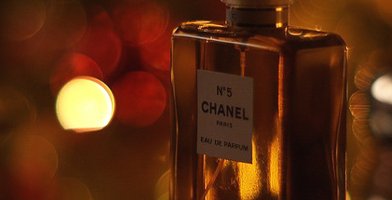 Years after Now Smell This publishes a post, people still drop by to comment on it. Recently, Julia left a comment on a four-year-old post about Chanel No. 5 wondering what modern fragrances might achieve the classic status of No. 5. It’s a good question.

Victoria at Bois de Jasmin compiled a comprehensive list of modern classics. Most of the fragrances, such as Thierry Mugler Angel and Lancôme Trésor, broke new ground or influenced fragrances to come. It’s a formidable list of stand-out perfumes.

But what about fragrances that aren’t particularly influential, but are beloved anyway? They might well endure changing tastes like No. 5 did and earn their place. When it launched, Jean Patou Joy was expensive and lush but not particularly innovative, yet few would dispute that it’s a classic now. A modern perfume that is beloved but nothing original is Elizabeth Taylor White Diamonds. I can imagine White Diamonds turning up on drugstore shelves for decades.

Then there’s the question of which perfumes deserve to stand the test of time although they may not have the distribution or name recognition to preserve them. For example, to me Ormonde Jayne Ormonde Woman is both novel and gorgeous in its mossy-woody-grassy beauty. Ormonde Jayne doesn’t have the marketing budget to plaster its brand over billboards and glossy magazine ads. In my mind it deserves to become a classic, but may not be able to buy its way into the pantheon. Many other niche brands face the same challenge.

Here are some fragrances I hope will still be around: Ormonde Jayne Ormonde Woman; Tauer Perfumes L’Air du Désert Marocain and Une Rose Chyprée; and L’Artisan Parfumeur Dzing! and Nuit de Tubéreuse; and the core Serge Lutens line for a few.

Please chime in with your hopes and predictions!

Note: image is sniffing njb through you [cropped] by Un ragazzo chiamato Bi at flickr; some rights reserved.