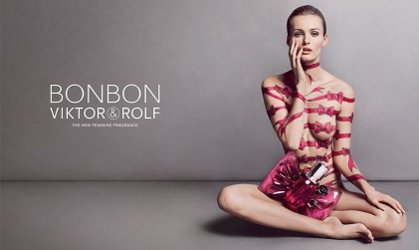 It’s tempting to think that Viktor & Rolf learned a simple lesson from the failure of Eau Mega, and that lesson was: sugar. Their first fragrance, Flowerbomb, wasn’t an explosion of flowers at all, but a(nother) fourth generation spawn of Thierry Mugler Angel, with cleaner (and quieter) patchouli, a few petals sprinkled here and there, and plenty of sugar. It was a huge hit. (They’ve since churned out a bazillion collector bottles, but relatively few flankers — maybe they never got the memo?) They followed with the aforementioned Eau Mega, a clean melon-y pear, and despite the fun bottle, it didn’t do so well.

Now they’re back with Bonbon. Bonbon has sugar and then some; it could easily have been a Flowerbomb flanker aimed at younger consumers — Sugarbomb? Candybomb? The possibilities are endless. But no, we’ve got Bonbon, and unlike Flowerbomb, it’s just what it says it is: candy… 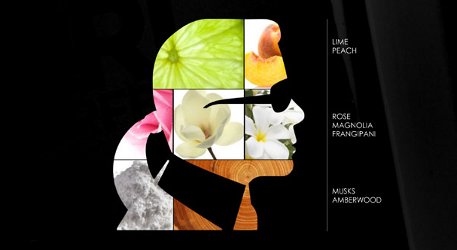 I never use two at the same time. I like to change, because if you don’t change, you don’t smell it anymore. I love Dior Gris Montaigne; it’s very good. It’s almost purple, a great scent for men. And recently, I discovered Byredo Bal d’Afrique and Ombre Mercure.1

That’s Karl Lagerfeld, talking about perfume on the occasion of the launch of his latest him & her fragrance duo, developed under new licensing arrangements with InterParfums. Clearly the man has good taste in perfume, and presumably he has the wherewithal to hire the right sort of people to develop a hit fragrance, but so far, he hasn’t managed to produce a lasting classic under his own name: all of his earlier perfumes, under licenses with Coty and Elizabeth Arden, are off the market.

In stark contrast to the rather low-key launches of his last two releases, under Coty (the Karl Lagerfeld Kapsule trio and Karleidoscope, neither of which made much of a ripple in the market), the advance hype for the new fragrances was ferocious, and if you missed all the frenzy over #karlparfums on Twitter, fear not, you can still get an emotiKarl app for your phone, should you care to include emoticons of Karl’s gloved hand, or the fragrance bottles, or Choupette’s face, in your texts… 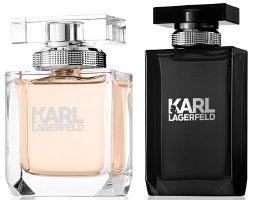 Viktor & Rolf will launch Bonbon, the brand’s third fragrance for women (after Flowerbomb and Eau Mega). Bonbon will be fronted by model Edita Vilkeviciute… 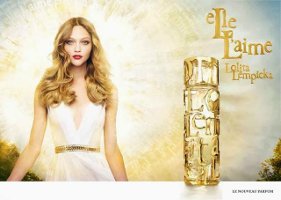 Elle L’Aime is a timeless, universal and utterly feminine fragrance, a hymn to conquering love. — Harrods

Yadda, yadda, yadda. If I had a dime for every new timeless, universal and utterly feminine fragrance, I’d be at Harrods right now, buying one or two or ten of them. Plus, I tried Lolita Lempicka’s new Elle L’Aime very briefly on a blotter at Neiman Marcus right after it launched, and the fresh citrus-y top notes struck me as pretty much business as usual. So when I finally got a sample, I let it languish while I tried other, more potentially interesting fragrances.

Oops. Elle L’Aime is more fun than you’d think from a quick sniff of the top notes…