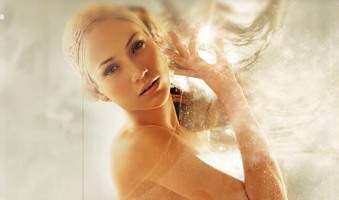 Jennifer Lopez is a singer, actress, fashion designer and businesswoman. She was born in the Bronx in 1969 to Puerto Rican parents, and as of 2007, ranked 9 on Forbes' list of of the richest female entertainers. She is also popularly known as J. Lo.

Her first fragrance, Glow, launched in 2002. It sold like gangbusters — $40 million in the first four months alone1 — and inspired many other celebrities to enter the fragrance market. Glow was followed in 2003 by Still.

Fragrances were produced under arrangements with Coty until 2017, when the license moved to Designer Parfums.

See all articles on Now Smell This tagged Jennifer Lopez.