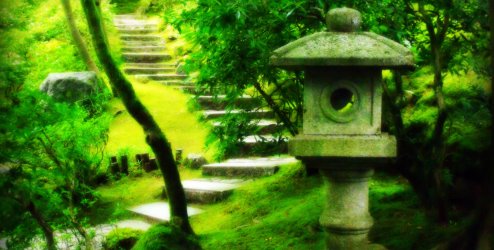 Instead of returning to my weary perfume cabinet for a rundown of summer favorites (I already hear longtime readers thinking, Is she going to bring up that blasted bottle of Jean Naté in her refrigerator again? Yawn), this year I got smart. I asked André Gooren from Portland’s fabled The Perfume House to share ten of his summer favorites.

André was up to the challenge. During a Saturday morning, between helping a bearded Australian opera singer (Caron Nocturnes, two bottles), a charming older woman (4711), a Romanian couple (Robert Piguet Jeunesse), and a booming-voiced regular (Pino Sylvestre and Comme des Garçons Avignon), he laid out ten sophisticated and sometimes quirky choices:

Givenchy Vetyver: André pointed out that vetiver can sometimes be rough around the edges. The often overlooked Givenchy Vetyver is silky soft and perfect for warm weather.

Maître Parfumeurs et Gantiers Pour le Jeune Homme: MPG is such an extensive line that it’s easy to get lost. Pour le Jeune Homme is worth seeking out for its lovely orange blossom. Women, don’t let its name dissuade you from trying it. To my mind, it’s perfectly shareable and might even tack feminine.

Guerlain Eau de Guerlain: André said that if it’s not the best, then it’s one of the best citrus fragrances on the market. He aptly described Eau de Guerlain as a “shining” citrus, sunny and happy, that goes on forever.

Etat Libre d’Orange Fils de Dieu: Fils de Dieu could be a summer take on an oriental like Guerlain Shalimar. The twist here is its evocation of cold rice pudding.

Chanel Pour Monsieur: Pour Monsieur is a classic, pared-down chypre with the ideal balance of citrus tang and warmth. André said it’s so light that it’s best saved for summer.

Christian Dior Diorella: André’s expression leapt when he described Diorella. He said it smells “entirely clean,” a citrus fragrance with a core of weirdness, like “wearing a classic novel.” When I pressed him on who might have written that novel, he didn’t pause a second before saying, “A Russian. Dostoyevsky.”

Mario Valentino Ocean Rain: Now, here’s a selection that blew me away. The heinously packaged Ocean Rain was Edmond Roudnitska’s last fragrance, a fresh chypre. Somehow, I never knew that it existed. One sniff of its leather and overripe melon showed clear links to Frédéric Malle Le Parfum de Thérèse, Diorella, and Rochas Femme. I bought a bottle of the aftershave and plan on using lots of it this summer.

Jean Patou Chaldée: Chaldée is the scent of the first suntan oil, and it smells more Saint Tropez than Coney Island. The new Patou Héritage version is brighter with neroli than the more heavily ambered Ma Collection formulation.

L’Artisan Parfumeur Dzing!: I would have put Dzing! in my best of autumn list, but André says some of his best Dzing! memories are of wearing it in summer. He describes it as a sheer leather “like two fragrances in one—a pop song and a difficult classical piece.” On one level, you revel in its easy melody. On another, you appreciate its complexity.

Comme des Garçons 3: CdG 3’s scent reminds André of tomato leaves and working in the garden, surely one of the best smells of a summer afternoon. Its light vegetal-citrus-woody scent seems perfect to me, too, for watching Shakespeare in the Park with a basket of sandwiches.

Thank you, André, for your suggestions. Besides Ocean Rain, I took home a half ounce of older Carven Ma Griffe Extrait, which will definitely be one of my summer favorites this year.

What about you? What will you be wearing this summer?

Note: top image is Untitled [cropped] by McD22 at flickr; some rights reserved.