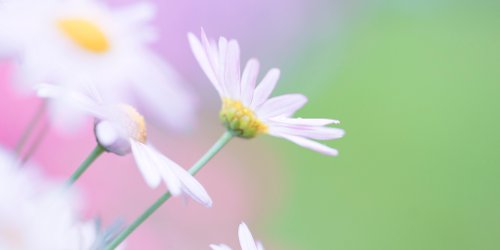 I have never done one of the spit-or-scrape genealogical tests, but I have always suspected that my family has secret Nordic or Baltic blood, as both my brothers are enthusiastic enough about outdoor swimming that they'll do it in early May or October... in Canada. While I hesitate to frolic in 50F waves, I do sport sandals until snow accumulates, drink Arnold Palmers in January and I'm the only non-menopausal female in my XX-dominated workplace who enjoys our arctic air-conditioning. In a similar fashion, I wear citrus colognes all year. When it is my turn to list summer fragrances around here, I remind myself that normal people generally turn to crisp, refreshing eaux only when the temperature rises. Having exhausted my stable of favored classic colognes in previous posts, though, I thought that this time I'd highlight some atypical choices. Please bear with me. I did test these on myself in the heat, but YMMV.

The Zoo NYC Spacewood: The comment perfumer Christophe Laudamiel makes about his new Zoo scent Carré Blanc might well represent a more general Laudamiel philosophy: "do not wear this one on a plane, at the theater or anywhere where you might sit next to someone who doesn't like you." Well, okay. It's not as worrisome as all that: mostly these scents are just radiant, unapologetically synthetic and focused on fun. Spacewood is a candy-colored fresh floral with seltzer gas shot through it.

Nishane Boszporusz: Speaking of gas, marine scents go over with most perfumistas like another kind of that stuff in church. For this reason, I'm always impressed when a niche line does an aquatic fragrance, and a bilgy one is especially brave. Salty, oily and with a touch of petrol, this is an evocative portrait of the world's gateway to the Black Sea.

Arquiste Ella: This honeyed jasmine chypre is apparently a tribute to the discos and golden sands of 1970s Acapulco. Though certainly more animalic than the standard sun lotion scent, Ella has at its base the same sheen of Ambre Solaire oil as many beach fragrances. Add in waves of hairspray and cigarette smoke and voilà... instant midnight pool party!

Anatole Lebreton L'Eau Scandaleuse: Early in my perfume education, I got my first car with a leather interior. I left a blotter sprayed with Robert Piguet Fracas in the cupholder in July and returned to a horror movie possession of my new ride. L'Eau Scandaleuse smells like my car did after we let some desert wind whip through it for about a week, pink and racy and husky-voiced.

Ineke Idyllwild: With notes of rhubarb, lavender, fir, cypress and agarwood, Idyllwild is a deep breath of forest cool.

Bottega Veneta Essence Aromatique: Angela objected to the "Suddenly, Last Summer" marketing of this one as well as the sandalwood-patchouli drone of its heart and dry down. (Watch out, lady. The immaculate white bathing suit and jade green sea didn't work out well for Elizabeth Taylor's Catherine.) The first moments of Essence Aromatique are among my favorites in perfumery, a big rush of bergamot and lime tinted with the funkiness of coriander. After that, it does become a bit like an extended bagpipe solo. But like the relentless tide, the pipes can go on long enough that I begin to appreciate near microscopic variations of tone.

SP Parfums Sunmilkflowers: There should be some 'sap' in the name — though that 'p' is phonetically bad and replacing the flowers makes it too close to "milksop"— and there are also light caramel notes, but the scent is so lovely I shouldn't quibble.

Aedes de Venustas Copal Azur: When it launched, this was not an Aedes scent that I was excited about. Sampling Copal Azur over the last three years, though, I have become quite fond of it. A fine example of what Robin calls an outdoor incense, it manages the neat trick making a cathedral-ceilinged radiation of frankincense seem at home in the sea air.

Hèrmes Cèdre Sambac: One of Christine Nagel's new fragrances for the Hermessence collection, Cèdre Sambac is a very abstract perfume. Sometimes it seems as milky as sandalwood can be, but sniffing around I also notice cedar's suggestion of sweat. Encountering blooming jasmine in India, I realized it smells intensely alive, like it is lurking around, waiting for you. It's not particularly floral, or maybe is really just more than floral and there is something of that spicy, creamy fresh open-endedness in this blend.

Kerosene Copper Skies: This is an intense wash of amber, honey, tobacco and clove. Does what it says on the bottle, use as directed.

Do add your own favorites in the comments, and check out the summer lists at Bois de Jasmin, Grain de Musc and The Non-Blonde.