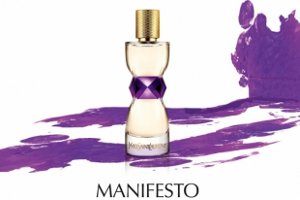 It's tempting, after smelling Yves Saint Laurent's Manifesto, to ponder what the brief for the perfume might have been, that is, what sort of declaration it is supposed to make. "Say as little as possible so as not to offend anyone"? "Say what everybody else is saying so you won't stand out in the crowd"? And what is with Yves Saint Laurent these days, anyway? Have they got a bad case of the jitters after Elle and Parisienne?1

Manifesto is a sweet but clean floral musk layered over a dusky but likewise clean patchouli base with a dollop of vanilla cream. There are sheer lemon-y berries in the opening and sheer florals in the heart. Manifesto is vaguely reminiscent of Flowerbomb,2 but it's a far milder scent; it mostly keeps its voice at a whisper once the top notes fade. It's not ineptly done — far from it — and it's easy enough to wear, but even in Sephora, where clean, office-friendly fragrances abound, you'd be hard-pressed to find something with less character and originality.3 Luminosity, charm, grace, power and audacity, attributes the brand reportedly felt made Jessica Chastain the perfect face for Manifesto, are pretty much missing in action.

Verdict: Pleasant enough, but no more. As is so often the case, the bottle, which looks reasonably sophisticated in pictures, looks far less so in person. 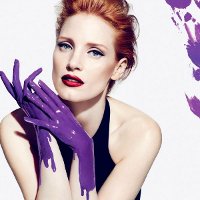 2. And of course, Flowerbomb is widely considered to be one of the many spawn of Thierry Mugler Angel.

3. Ok, ok, that's probably not true. There is an awful lot of competition.