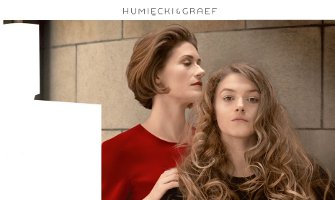 Most of perfumanity has experienced a variation of the same nightmare. You find a fragrance that unlocks something in you, a scent that speaks a language that is personal and saturated with feeling. A sample is included in a package from a friend or in the sizable and random order that somehow made it from an online shopping cart to your mailbox. Sniffing the vial or a patch of skin carelessly lavished with the liquid, you are pierced to the heart... and you laugh, cry or do whatever you do when overcome with emotion. (My reaction is apparently to blush furiously.) The fragrance has been discontinued, of course. Inevitably, too, it had a niche distribution and has never been reliably available through internet discounters or it was the most weirdly confidential scent in an otherwise mainstream line.

Frantic, late-night searches of the web reveal that you have more soul mates than you ever could have guessed and each of them has already purchased a 1.7 or 3.3 oz bottle of your juice, leaving the online retailers out of stock. The auction sites are merely offering the layering products, flacons or candles. Perhaps you put in the winning bid on bubble soak, even though you don't own a tub. Over several months, you cobble together a collection of precious millilitres: a mini from seller in Singapore, rare and hideously expensive decants, and the original sample, preserved in museum-quality condition. Haunting the blogs and dead forum threads, you search for smell alike suggestions or rumors about well-stocked stores run by strangely unwitting owners. The Gobin Daudé scents, Comptoir Sud Pacifique Thé, Hermès Doblis... The horror! The horror!

My nightmare has been about Slatkin Persian Lime (Blossom) & Mimosa. Released in 2003, it was discontinued along with the other three Slatkin & Co. fragrances in 2008. I have always liked the cheerful, honest scent of mimosa, but this perfume opens it up into something solar: part enveloping tropical flower, part sensual, fleshy fruit. Milky instead of talcy and both bright and caressingly soft, it has the savory-sweetness of Thai food and a dry down like lacquered wood. There is no other fragrance I know that holds mystery and friendly warmth in such successful balance. It was composed by Christophe Laudamiel, who may be my favorite living perfumer. (Patricia de Nicolaï and Christine Nagel would also be in the running.) The other Laudamiel scents I've been wooed by are S-perfume S-ex, Theo Fennell Scent and two of Humiecki & Graef's 2008 releases, Geste and Eau Radieuse.

All this to say that I was very excited when I read the description and note list for a 2009 Humiecki & Graef/Laudamiel creation, Clemency. I remember deliberately ignoring the ungainly name and trying for only a few moments to enjoy the nut-job Humiecki & Graef ad copy: some Oedipal gushing about mothers, like the silly focus on the frosty but irresistible older woman in the marketing for Geste. Mostly, my brain was buzzing with the potential similarities to the Slatkin scent: the presence of milky notes, mimosa-like cassie and linden (or lime blossom), as well as descriptors like "tender", "generous" and "glowing".

When my sample arrived from Germany, the smell of Clemency drove me back to the wacky press releases. Huh. Somehow I had forgotten to take descriptions like "regal" and "proud, serious, stern and inscrutable" into account as I imagined that this "exaltation of the mother figure" would smell like Persian Lime & Mimosa. The advertising image (see above) featured a ruthlessly groomed model playing the maternal character. I was puzzling over the fact that the model reminded me vaguely of Lucille Bluth when my four-year-old daughter came into the room and asked: "Whose evil stepmother is that?"  Whose, indeed?  While smelling sort of like my lost love — the mimosa facet, the milk, the fruit, yes, they're all there — Clemency manages to feel completely different. What I like about Laudamiel's creations is that they always have an unexpected texture to them. Clemency has a hard, cool, almost squeaky surface to its central leather note that reminds me more of the sheen of the aforementioned S-ex than of my Slatkin fragrance. There is something angular and sleek about the whole thing that is perfectly lovely — but it doesn't make you smile.

I was to be surprised again by the Humiecki & Graef release that followed Clemency in 2010, Bosque (notes of grapefruit, saffron, primrose, narcissus, dry buffalo grass and vetiver.) This time, working with frequent collaborator Christoph Hornetz, Laudamiel revived some of the spirit of Persian Lime & Mimosa, without evoking the actual smell. Bosque is a very wearable, winning fragrance, with a bright grapefruit opening and a fizzy-chalky heart that recalls the Lik-A-Stix in a package of Fun Dip. It is not as equatorial and lush as the Slatkin scent, but my guess is that it will likely become the best seller of the Humiecki & Graef line, because it is hard not to like. My final surprise, though, came when I tested the two Humiecki & Graef scents on opposite wrists: despite liking Bosque's "temperament" and preferring it on initial testing, I found myself increasingly drawn to Clemency. There is something very intriguing about the latter's reserve. Neither scent has stolen my heart away from Persian Lime & Mimosa (or even from S-ex or Eau Radieuse), but the samples were well worth tracking down.