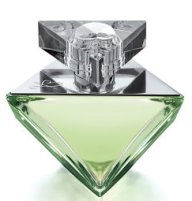 It’s an aspirational thing--consumers can buy into the celebrity’s lifestyle by wearing their fragrance. They can feel and smell like celebrities.
— Mary Ellen Lapsansky of The Fragrance Foundation, quoted in Celebrities fill up the fragrance counter.

That's the standard explanation for the widespread appeal of celebrity fragrances, but I've always had a hard time with it. Your average "celebrity lifestyle" seems more likely to stand as a dire warning to be very careful what you wish for, or as an illustration of the age-old adage that money doesn't buy happiness. Whatever your stance on the subject, Britney Spears, whose latest fragrance, Believe, is currently launching in stores, may have a hard time finding buyers for her lifestyle at the moment. So far this year, she has shaved her head, entered rehab, been accused of using a body double for her perfume ad, been mocked for her dismal performance at this year's MTV Video Music Awards, lost custody of her two children, and most recently, been hit with a sex tape scandal. 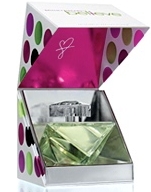 Still, here is Believe, launching under the vaguely ironic tag line "the greatest freedom is to believe in yourself". Whether that message will resonate with her fans is yet to be seen, but I'll start with the good stuff: the packaging. The outer box (see right) is fun but not tacky, and the bottle, with its simple triangular lines, echoes that same blend of playfulness and elegance. It is Britney all-grown-up, having discarded the girl-glam look of her Curious and Fantasy fragrances.

If you suspected, as I did, that the juice would takes its cues from the packaging, you were quite wrong: this is your standard, youth-oriented celebrity fruity-floral fare. We've got the burst of sweet jammy fruit ("mouthwatering top note of guava pulp and golden tangerine") that slowly calms into sheer, still-sweet florals ("feminine honeysuckle...intertwined with hints of linden blossom") before melting into a pale musky base, more clean than not but with a touch of warm vanilla candy ("patchouli aura is wrapped in a wink of sensual amber and pink pralines").

Still, Believe is perfectly pleasant, very wearable, and a far sight nicer than Midnight Fantasy. If I had to choose one of the Britney Spears line as my signature fragrance, I'd take Believe, with the original Fantasy scent running a close second. It is par for the course to say that it is rather faceless, but there it is — there is nothing even slightly distinctive about it. Of course, mass appeal is what celebrity fragrances are all about, so "pleasant but faceless" should make Believe a good test for Elizabeth Arden: if this doesn't sell, the perfume-buying public doesn't want to wear something with Britney's name on it.

Britney Spears Believe is available in 50 or 100 ml Eau de Parfum. Adding later: I should have mentioned that the lasting power is not fabulous — it wears much more like an Eau de Toilette than an Eau de Parfum, and Fantasy outlasts it by a mile.