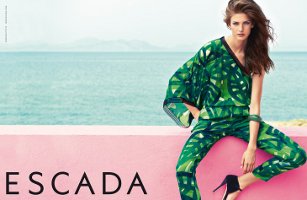 Escada filed for bankruptcy in 2009, and was subsequently acquired by the Mittal Family Trusts. Since 2012, the creative director has been Daniel Wingate.

Fragrances were made under arrangements with Procter & Gamble until P&G sold their fragrance business to Coty in 2015.

The line's first fragrance, Escada by Margaretha Ley, launched in 1990. Escada Collection debuted in 1997, and for many years, it was released each year in a limited edition packaged to reflect the latest designs in Escada's couture line (the fragrance itself remained the same). Other launches include Escada Sentiment (2000), Magnetism (2003) and Escada (2005).

These fragrances generally launch in the winter, between December and February.

See all articles on Now Smell This tagged Escada.