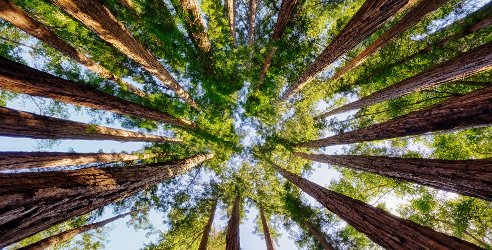 A visit to Idyllwild, a small mountain town in California with the prettiest of names, was the starting point in this scent composition. Distillations of Douglas Fir and Ponderosa Pine contribute an aromatic freshness to the fragrance. A road trip further afield in California brings more elements to the table. Wildcrafted sagebrush from Big Sur and Monterey cypress oil capture the aromas that waft through open windows as you drive along the coast. Rhubarb tea provides an unexpectedly tart freshness. Cypriol and oud contribute a campfire smoke note. A unique combination of musks create a compelling drydown that needs to be experienced.

So, not a snapshot so much as a sort of collage, constructed from more than one "California experience". It makes sense, then, that Idyllwild does not immediately evoke a time and place, like say, Parfum d'Empire Corsica Furiosa,1 and while most of the brand's imagery for the scent features forest greenery, Idyllwild doesn't fit into the "in the woods" fragrance category either, like say, Sonoma Scent Studio Forest Walk, nor would you slot it right into the "greens" box.

Instead, the first thing I thought of when I smelled the sharp citrus-rhubarb opening was Jean-Claude Ellena, although the fir and pine notes that extend the tart fruit and lavender would not be his style, and after the lively opening, Idyllwild moves into a softer, quieter register. Everything in the description — the sagebrush, the cypress, the cypriol — is there, but nothing takes center stage, and it's peaceful, almost meditative, rather than invigorating. It's woody, but it won't make you feel like you're drowning in wood chips: it's as much about spices and herbs and resins, and while it's classified as an aromatic fougère, it's easier to wear than many, and not overtly masculine (I would call it completely unisex). The far dry down has a velvety finish, and just enough weight and warmth to make it feel comforting as nights start to turn chilly.

The lasting power is quite good.

Verdict: I liked Idyllwood the first time I smelled it, and I've liked it even more on subsequent wearings. Very nicely done, and I think it will find lots of perfumista fans. Most of Ineke's scents have been too clean and/or mild for my taste, but I do love Field Notes From Paris, which likewise might be thought of as a collage rather than a direct portrait of the city. Idyllwild would now be my second favorite Ineke fragrance; if they offered little travel sized coffrets, it would be lovely to have cute little 15 ml bottles of each. (They made 15 ml sprays for the Floral Curiosities collection, so I can dream, right?) 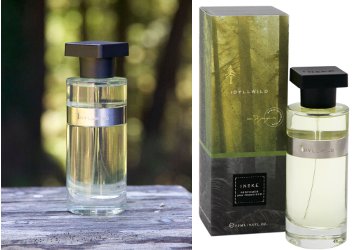 Ineke Idyllwild is $110 for 75 ml Eau de Parfum. For buying information, see the listing for Ineke under Perfume Houses.

1. To be clear, I have spent a fair amount of time in the area around Idyllwild and zero time in Corsica, but when I can put on Corsica Furiosa, I can imagine myself there. Ineke's Idyllwild is a different sort of experience.

Note: top image is Laying Among Giants [cropped] by Max and Dee Bernt at flickr; some rights reserved.