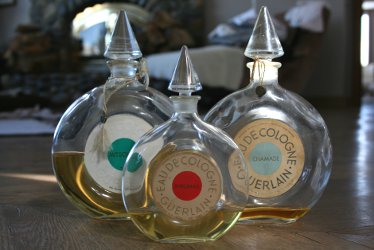 To many of us — especially those in love with vintage fragrance — Jana has the dream job. She owns The Fragrance Vault in gorgeous Lake Tahoe. Besides selling what’s on the market today, she carries rare, discontinued and vintage fragrance, and estimates she has more than 8,000 bottles in stock. Marshmallow, her half-malamute rescue, greets visitors. Anytime she wants, she can sample from decades of Caron Bellodgia or sniff Shiseido Nombre Noir.

Jana says it took her a long time to discover perfume. She grew up poor, splitting her time between her mother’s home in Rhode Island and her father’s place on a Native American reservation. In her teens, she moved in with her Italian grandmother, who was “hard-working, formal and quite glamorous” and who had bottles of Chanel Coco and Diane Von Furstenberg Tatiana, among other fragrances, on her dresser.

Jana started wearing her nana’s 1950s wardrobe to high school and developed a fascination with “the beauty thing.” She wore Yves Saint Laurent Kouros in college, where she studied Russian culture and Soviet affairs, and had bottles of some of the popular fragrances of the time, including Yves Saint Laurent Paris, Cacharel Anaïs Anaïs, Anne Klein, and Dali Laguna, but she wasn’t yet a perfume nerd. 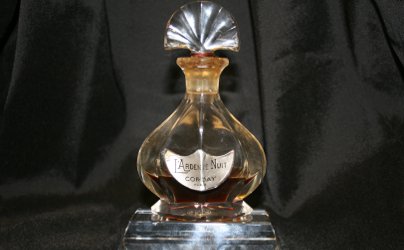 And then came the internet. Jana loved the beauty of perfume bottles, and she began collecting them on eBay “before the heyday of fakes and high prices.” One day, she opened Corday L’Ardent Nuit and a Lubin and was knocked out by their heady perfume. A curtain lifted. Maybe what was inside the bottle was as good as the bottle itself. She smelled a 1930s-era Guerlain Shalimar, and “all hell broke loose.”

She discovered she was an “aldehyde ho” and loves rose, wood, and earthy scents. Jana points out that, like art, it’s possible to admire a fragrance without wanting to wear it, and that’s how she feels about tuberose- and jasmine-heavy perfumes. Lately, she’s been loving heliotrope. She says she tends to like Dior “Dolce Vita” style fragrances, and she used to wear Patou 1000 a lot. 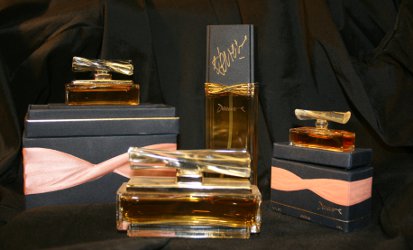 About 12 years ago, Jana struck up a friendship with the owners of The Fragrance Outlet, a perfume boutique with a lot of old stock they were selling inexpensively to people who quickly resold it for a fat profit. Jana clued them in to the value of their collection and helped them inventory it. In 2012 when they retired, she bought their business and renamed it The Fragrance Vault. She’s changed the store a lot, not only by moving it physically, but by adding to the shop’s backstock of discontinued fragrances. 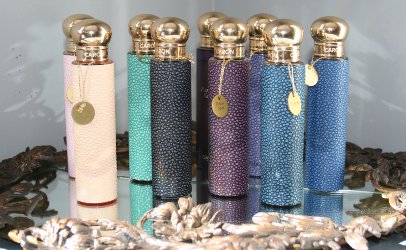 So, what does a woman who has access to a deep lineup of fragrances keep on her shelves at home? A relatively small collection, it turns out. Aviance, Yves Saint Laurent Y, and a rainbow of 1980s Caron fake leather bottles form the heart of her at-home perfume. From the Caron collection, she especially loves Infini (“It took me 15 years of trying it off and on to wrap my head around it and grow to love it”), Narcisse Blanc and Nocturnes. 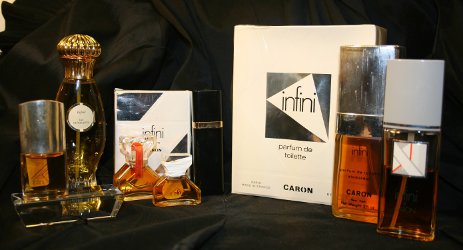 Jana says she stores her perfume in her bathroom, but quickly adds that her house is built into a cliff, and her bathroom doesn’t get warmer than 60 degrees. She’s a stickler for preserving old perfume and sprays Private Reserve wine preserver into splash bottles to displace the oxygen that might spoil a fragrance.

Jana and I wrapped up our conversation when she needed to finish unpacking a box of vintage fragrance she’d bought and head home to take care of the rescue wolves she fosters. You have to wonder how the wolves like Jana’s perfume. My guess is they go big for Bal à Versailles. 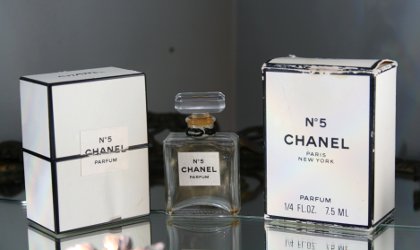