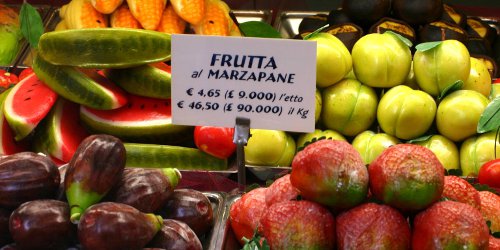 I'm in Parfums de Nicolaï Eau Exotique for Fruity Friday, a project from 2014 (and it would also work for last year's Reverse Hemisphere Friday).

Reminder: 1/19 will be Vanilla Friday...wear a fragrance with vanilla.

Note: top image is Marzipan candy in a store window in Florence [cropped] by Frank Kovalchek at flickr; some rights reserved.