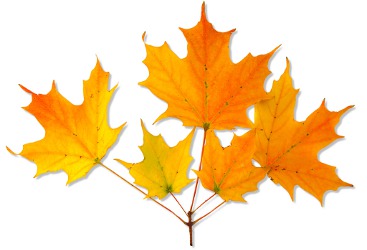 To give you a thoughtful top ten for fall, I went to the experts: Tracy and André at Fumerie. Both of them used to work at Portland’s Perfume House and amassed years of experience with the classics. Then, seven months ago, Tracy opened Fumerie to focus on niche fragrances, and André joined her.

To give you an idea of their tastes in fragrance, Tracy has a tattoo on her forearm of her favorite perfume notes: patchouli, hay, tobacco, cocoa, and leather. When she thinks of fall, she thinks of comforting scents that remind her of riding her horse as a teenager through the leaves, and the smells of Oregon's crisp autumn air, sweet alfalfa, saddle leather, grain and the horse itself.

André loves vintage fragrances and has a nose for classically constructed perfumes. He likes fruity chypres like Guerlain Mitsouko and Balenciaga Quadrille in the fall. He says they remind him of the sun through the changing colors of the leaves.

Despite their differing tastes it only took Tracy and André five minutes to agree on a collection of ten best fragrances for fall. Here it is:

Papillon Anubis: This is one of Tracy’s all-time favorites, to the point that she actually keeps a bottle at home so she can wear it the one day a week she isn’t working at the shop with the tester at her elbow. She calls Anubis “sexy and comforting, like a thick sweater.” She and André describe it as “smoky-resinous, bone dry and leathery.”

Masque Milano Montecristo: This one they say smells of “roaring fireplaces, scotch whisky and old wood.”

Naomi Goodsir Bois d’Ascèse: Here is another fragrance Tracy and André describe as smoky, like the “aroma of a campfire on the first cold day of winter.” Yet, they love its transparency. When I pointed out that they now had three smoky fragrances, André differentiated this one by saying that it smells like a sweater the day after you wore it near the campfire, while Montecristo was more like being in an old, closed-in room with a fireplace.

Bruno Fazzolari Au Delà: This is André’s favorite of the Fazzolari line. He describes it as a green-smoky chypre, smelling as rich, complex and “throwback” as the original Miss Dior. It's loaded with moss. (Note: Fazzolari will only be offering Au Delà seasonally now.)

Parfum d’Empire Eau de Gloire: Tracy says that Eau de Gloire is “a great option when you desire leather but aren’t looking for a campfire or new car interior.” She likes how sheer and fresh, yet still decidedly leathery, it is.

Slumberhouse New Sibet: New Sibet has an intriguing list of notes including iris, mint, goat fur and leather. Yes, goat fur. André notes that New Sibet is a departure from Slumberhouse’s previous offbeat work, but it instantly won over both him and Tracy with its classical charm.

Serge Lutens Chergui: Chergui has been on Tracy’s must-wear list for more than ten years. She finds its sweet tobacco, honey and sandalwood to be pure comfort. Over the years, she’s lived with three distinct changes in the fragrance, saying it feels “cleaned up” these days, but it’s still Chergui, and it’s still lovely.

MDCI Chypre Palatin: Tracy says this “ode to classic vintage green scents” has been a favorite since she first tried it. She loves how it changes over the hours and shows different aspects of itself through the day. Every time she smells it, she says, it reveals something new to her.

Knize Ten: This was Tracy’s introduction to leather fragrances, and it’s still one of her favorites, a sort of “role model” for leather. She calls it “warm, ambery and resinous — and most importantly, leathery."

What about you? Would any of these make your top ten for fall?

The Scent of Smoke ~ out of the bottle
Lodge Chic: A Scented Adventure
Perfume for an imaginary autumn