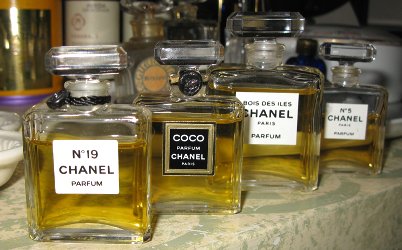 Ann S., a librarian in Eastern Pennsylvania, divides her love of perfume into three phases. The first was when she was a girl. “The tops of women’s dressers were these mysterious, adult places” holding sparkling jewelry, cut glass, and, of course, perfume bottles. On her mother’s dresser sat a bottle of Jean Patou Eau de Joy. In this phase of Ann's perfume life, the two fragrances that stood out were Chantilly, which her mother gave her, and Coty Muguet des Bois, a gift from her aunt. (Ann admits she wasn’t wild about Muguet des Bois. She remembers playing “kidnapper” with her sister, and they doused a washcloth with Muguet des Bois and pretended it was chloroform.)

Phase two of Ann’s involvement in perfume began in high school. Ann is six foot one, so wandering the mall with friends shopping for clothes that never fit wasn’t much fun. It didn't take long for her to realize that accessories, cosmetics, and perfume don't depend on size. The first bottle of perfume she bought was The Perfumer's Workshop Tea Rose. Later she bought Guerlain Jardins de Bagatelle talcum powder and wore it to her prom. Then, in college she discovered Chanel Coco, which opened the door to a love of orientals. Ann says she usually had about a dozen bottles of perfume. 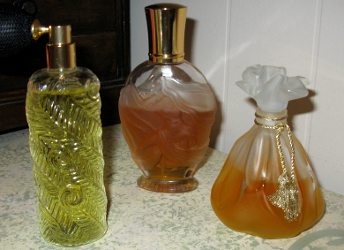 The third phase — and this one sounded familiar to me — started about seven years ago. Ann had smelled Chanel Eau Première when it was first released and liked it. When Eau Première then disappeared for several months due to bottle issues, she turned to the internet to track it down and discovered Now Smell This, then niche perfume houses, swapping, and samples.

Her taste in fragrance used to run to orientals, but now she says, “I’m like the buffet. I’m everything.” Through sampling, she conquered aldehydes, overcame an initial distaste of oak moss and galbanum, and, thanks to Chanel Sycomore, came to love vetiver. She’s still not wild about pronounced oud, and despite repeated sampling, Chanel No. 18 still smells like salad dressing to her. 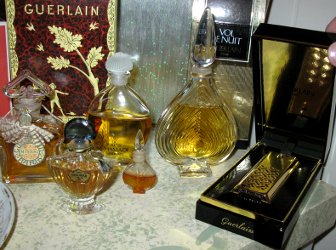 Ann’s perfume collection now encompasses 68 perfume houses and runs near 200 bottles, counting back-up bottles. She hesitates to list her favorites, but when pressed she says she continues to adore Coco, and she loves Chanel No. 5 and No. 19, and Guerlain Chamade and Nahéma. 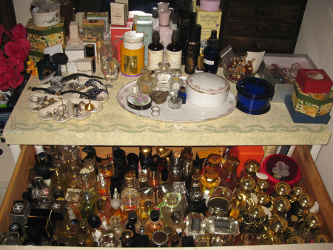 Ann stores most of her perfume in dresser drawers. She notes that a dresser has a few advantages. First, it keeps the perfume away from light. Pulling out the drawer lets her see all of her bottles; by contrast, bottles can end up hidden in the back of a shelf. Plus, not everyone understands an enthusiasm for perfume. The dresser neatly keeps her bottles out of sight. She keeps the bottles roughly sorted by house, and puts decants in boxes to keep them upright. (She labels the tops of decants to identify them. For instance, Lancôme Magie Noire is “MN”.) 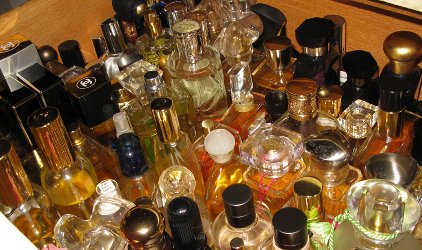 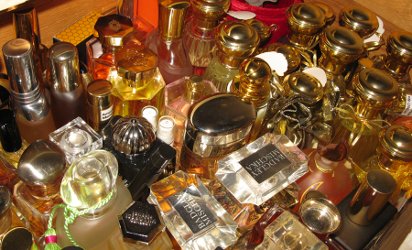 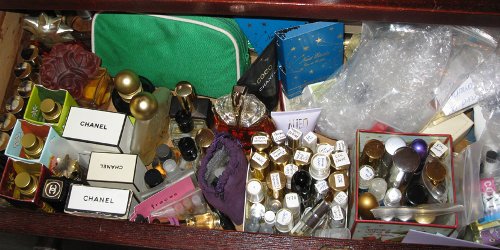 Ann says perfume is “fun, frivolous.” She points out that “you can’t share a jacket or necklace with people, but you can share perfume” through decants and samples. “It’s art, fashion, and beauty all in one.” 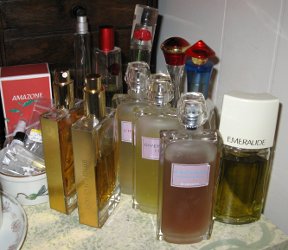