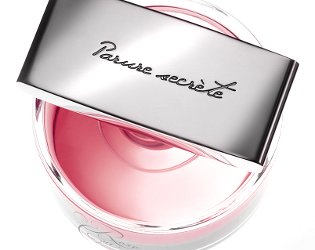 All you rose-weary perfume lovers might be ready to click over to a different site when you see I’m reviewing Ann Gérard Rose Cut, but hang on a moment. I’ve had my issues with rose fragrances, too. Sure, I keep a bottle of Parfum d’Empire Eau Suave around to remind me of Henry James’s famous saying that “summer afternoon” are the two most beautiful words in the English language. And I have some Guerlain Nahéma for when I’m feeling giddy and ridiculous and nothing will do but rose and peach fireworks. But for the most part, rose fragrances can smell predictable. Dull. Not Rose Cut.

Our friend, the hardest-working man in fragrance, Bertrand Duchaufour,1 developed Rose Cut. Its notes include aldehydes, rum, pink pepper, rose, peony, patchouli, vanilla, oakwood and benzoin. Rose Cut is definitely a rose fragrance — you can smell scarlet roses all through it — but it’s never precious. It’s intense without being clichéd and soft without turning maternal.

First let’s examine Rose Cut’s intensity. To manufacture intensity, a lot of rose fragrances seem to waft patchouli and/or oud, then bill themselves as “sophisticated.” At this point, I’ve smelled enough of them to find them about as sexy as stilettos and red lipstick. In other words, they’re hackneyed. They don’t pull me in. With Rose Cut, Duchaufour loaded the front end with the sort of intensity he spun into Aedes de Venustas Signature (the rhubarb one), only it’s done in a quieter, silkier way with aldehydes, pepper, and a thread of incense. That’s right, incense. It’s not listed among the fragrance’s notes, but I swear I smell its tang yanking Rose Cut out of its silver bowl on the sideboard and shifting it somewhere much more interesting.

Now let’s move on to Rose Cut’s softness. Despite the fragrance’s initial intensity, its texture is silk velvet. No pointy bits here. Its heart is warm and liquid as the incense melts into hardwood and rum-tinted rose without a lot of greenery and competing florals. The dry down comes sooner than I want, but it doesn’t devolve into the sweet and woody boring pleasantness you might expect. As the rose fades, Rose Cut takes on just a grain of funk that brings to mind a more mellow Serge Lutens Chêne. For all its body, Rose Cut has minimal sillage on my skin and lasts about five hours.

I’m surprised to write it, but I want a bottle of Rose Cut — which doesn’t mean I’ll buy one, but I want one all the same. To me, Rose Cut shakes off the rose perfume’s English country house and red lipstick clichés and gives rose an upscale yet bohemian feel that is smart without being in-your-face. Now that I’m learning to love roses, I’m going to have to sample Vero Kern Rozy… 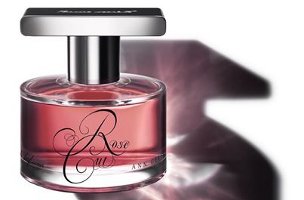 Ann Gérard Rose Cut Eau de Parfum is $165 for 60 ml. For information on where to buy it, see Ann Gérard under Perfume Houses.

1. Don’t you think it’s about time that perfumers picked up titles like singers once did? You know, like the Hardest Working Man in Show Business (James Brown), the Godfather of Soul (also James Brown), the Bishop of Soul (Solomon Burke), and the King of Rock and Roll (Elvis)? Given Duchaufour’s love of incense, we could call him the Priest of Perfume.