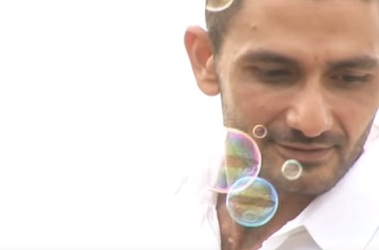 Today’s guest post is from Persolaise, the author of the Le Snob – Perfume guide, published by Hardie Grant. He is also the editor of the Persolaise blog, as well as a regular contributor to Basenotes. He has won four UK Jasmine Awards, most recently for Closer To Heaven, a guide to incense perfumes which appeared in The Scented Letter.

I can’t believe that almost three years have passed since I last interviewed Francis Kurkdjian. For a while, his face was a regular fixture on my blog, headlining posts which invariably featured strong opinions and controversial views, many of which prompted readers to share their own feelings in the Comments section. But, for one reason or another, after a flurry of meetings, our paths refused to cross for months on end.

During that time, his eponymous brand has grown in stature and popularity: he now has his own boutiques in Taiwan and Malaysia. He’s continued to make perfumes for high-street names (Jean-Paul Gaultier, Nina Ricci, Yves Rocher). And he’s become an in-house creator, of sorts, for Burberry, Carven and Elie Saab. At the start of February, he popped into London’s Liberty store for an ‘Evening With A Perfumer’ event organised by The Perfume Society. But before facing his fans, he kindly agreed to have an exclusive chat with me, over a cup of coffee and a biscuit… 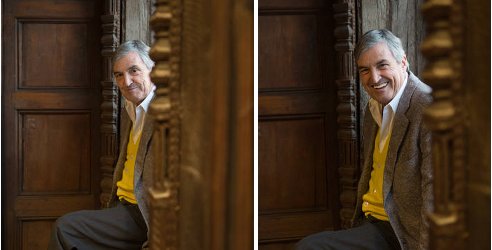 Today’s guest post is from Persolaise, the author of the Le Snob – Perfume guide, published by Hardie Grant. He is also the editor of the Persolaise blog, as well as a regular contributor to Basenotes. He has won three UK Jasmine Awards, most recently for Guardians Of The Past – A Trip To The Osmotheque. He attended the press launch of Hermès Le Jardin de Monsieur Li in February (and you can find his review of the fragrance here).

There was no escape. From across the other side of the room, an actress clad in black caught your eye. She strode across to you, her gaze locked on yours, her head fixed in that infuriatingly perfect immobility which only dancers and stage performers seem to be able to pull off. Then, when she was a few paces away, you noticed she was holding a long, narrow tube. With smooth movements, she raised it and brought one end close to one of your ears. The other end neared her mouth. And then she whispered, slowly, breathily, pausing after each word. “What is difficult… is to be open… to the open… in the open.” She searched your face for a reaction, but you didn’t have the heart to tell her that you found all of this rather peculiar. So she gave you an enigmatic smile and wandered off, probably to look for another unsuspecting ear.

The setting for this bizarre exchange was the pagoda on Paris’ Rue De Courcelles, the venue chosen by Hermès for the launch of Le Jardin De Monsieur Li.

I first came across perfumer Dabney Rose on Twitter where her lyrical tweets about the plants in her greenhouse and gorgeous photographs of harvested flowers add a quiet loveliness to the ongoing chatter. Rose specializes in “flower waters,” or hydrosols, the fragrant distilled water created by steaming or boiling fragrant plants and flowers — she uses a pressure cooker rather than an alembic — and “flower crèmes,” buttery solids produced by enfleurage, the practice of laying blossoms on top of solid fat until it is impregnated with scent.

Like the blossoms they come from, flower waters and crèmes are fragile and ephemeral — most hydrosols will turn within six months — but their scents can be hauntingly true-to-life. When I rub Rose’s hyacinth crème into my skin, what I smell is not perfume, or even the heady indoor scent of potted bulbs, but a growing hyacinth flower wafting from across a sunny yard. It’s an uncanny experience, almost a visitation, and it feels right for the scent to fade after barely an hour.

I wanted to know more about the creator of this beauty, so I emailed Rose some questions… 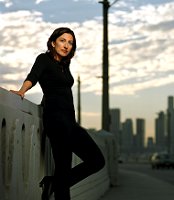 When I cracked open the novel Damage Control, I knew I’d have some good reading ahead. The dedication began, “This one’s for the perfumistas.” Add that the book’s author, Denise Hamilton (shown above right), is the Los Angeles Times’ fragrance columnist as well as a bestselling crime writer, and I was ready to call in sick and spend the day on the couch, book in hand.

Damage Control is about Maggie Silver, a budding perfumista and PR flack. She works for the Blair Company, a public relations firm that handles the big jobs. If a company wants word spread about its new potato chips, it can go elsewhere. The Blair Company steps in, for example, when a married governor knocks up his housekeeper then lives a double life with the resulting love child, or when a similarly married governor professes to have found his soul mate in South America.

In Damage Control, a senator’s aide is found murdered in circumstances that don’t reflect well on the senator. Maggie Silver is assigned to his case. The complication is that Maggie was good friends with the senator’s daughter, Annabelle, until Annabelle was sexually assaulted when they were teens. Maggie’s relationship with Annabelle was borderline obsessive — Annabelle had the cultured, coddled life Maggie desired (not to mention the mother with the bureau stocked with Guerlain Vol de Nuit). Covering this case means Maggie must deal with past as well as current puzzles… 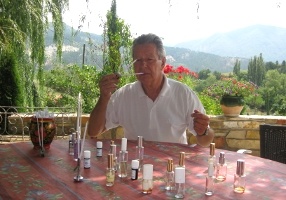 Until quite recently, if you had asked me how I felt about the rise of the perfumer-as-star I would have told you enthusiastically that I thought it could only be a good thing. Though some have complained about his omnipresence in the press, I think Jean-Claude Ellena’s ability to articulate his vision and his process have done more to raise the general public’s Perfume IQ than any ad campaign, as have the varied projects of perfume adventurers like Christophe Laudamiel, Mandy Aftel, Bertrand Duchaufour, and Francis Kurkdjian, just to name a few. I was moved by the passage in Chandler Burr’s The Perfect Scent where a perfumer recalls drifting anonymously around a launch party, forbidden to claim any part of the spotlight. I assumed Frederic Malle’s auteur model would give perfumers a greater share of power along with credit and name recognition.

The recent launch of Belle d’Opium made me re-think my views. The PR campaign featured videos of the talented perfumers Honorine Blanc and Alberto Morillas, but their mark seemed absent from the perfume itself which, at best, hews carefully to market-tested preferences. In the middle of it all, I found myself thinking about the far more anonymous creators of the original Opium. I wondered how they might feel watching the relatively high amount of attention paid to perfumers, while knowing that the launch depended on their original, now reformulated, work. Would it seem like the industry had changed for better or worse?

Recently one of Opium’s creators, Raymond Chaillan, was gracious enough to answer a few of my questions by email…