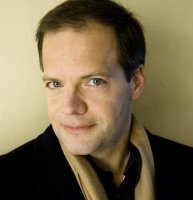 Stephen Nilsen was born and raised in the United States. After earning a PhD in Chemical Engineering, he began training as a flavorist at Procter & Gamble. In 2001, he began perfumer training at Quest International (later acquired by Givaudan).

After working with the expert perfumer, surely Madonna must have received quite an education in fine fragrance? Was she Eliza Doolittle to his Henry Higgins? Nilsen paused, then responded with a sheepish smile, "I think I was the Eliza Doolittle." Oh yes? And what did Madonna teach him? "She taught me to be a better perfumer." — Stephen Nilsen talks about working with Madonna on Truth or Dare; read more at Madonna's perfumer suggests the popstar remains a hard to woman to please at the Guardian.

See all articles on Now Smell This tagged Stephen Nilsen.