Two fragrances from my purgatory basket, which is where I put samples when I just can't make up my mind about them and want to be sure to try them again, later, sometime. I swore I would clear out five last weekend, but only managed two: Etro Jacquard and HYLNDS Bitter Rose, Broken Spear.

Do comment if you've recently retried any samples that you just couldn't decide about! 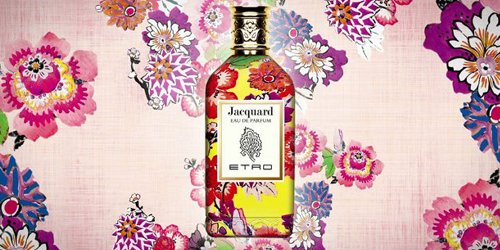 The packaging and digital imagery for Jacquard, last year's launch from Italian brand Etro, are perfect: I wanted to love the fragrance right away. And Jacquard starts with some promise: a happy burst of citrus cut with a peppery bite, and already a light dusting of powder, ever-so-slightly-earthy, from the iris (the notes include bergamot, angelica, black pepper, elemi, orris, jasmine, ylang ylang, vetiver, sandalwood, violet and musk). The early stages do a reasonable job of conjuring up the lush, sunny garden mentioned in the press materials. Instead of getting deeper, more floral, Jacquard quiets down into a very sheer floral over an almost-creamy woody base with a touch of vetiver, all of it smoothed over with a veil of powder; it reads to me almost like a peppery variation on Prada Infusion d'Iris, and like that scent, would make a good no-brainer fragrance for days when you just can't decide what to wear, or want to be sure your perfume does not overwhelm.

Verdict: Very nicely done but I don't quite love it; still, even after what has now been four or five tries, I am reluctant to put the sample in the "no" pile. Another way to put it is that I would definitely wear it if I owned it, but am not moved to buy, especially since it only comes in 100 ml. Would I buy it in 15 ml, that is the question, and I don't know the answer. I'm giving up on this one. Do comment if you've tried it!

Etro Jacquard was developed by perfumer Mathieu Nardin and is available in 100 ml Eau de Parfum, $195. 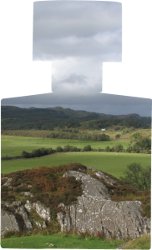 Fantastic name, no? Indie brand DS & Durga, who launched the HYLNDS range in 2013, describe Bitter Rose, Broken Spear as "Aromatic materials from the lands of the Red  Branch knights and their travels to prehistoric  Scotland – smelted iron, larchwood, thistle, emboldened with bitter rose and amber." The notes are listed as embers, wild mountain thyme, cubeb, bitter rose, thistle, nutmeg, smelted iron, amber and larch. If that sounds weird, well, it is. Esquire aptly titled an article about the HYLNDS fragrances "If Game of Thrones were a Cologne", and I can't remember exactly what Kevin said about them when I sent them to him, but suffice it to say that he sent them back.

Bitter Rose, Broken Spear starts Difficult, with a capital D. It's a greenish herbal rose, and it's bitter, yes. It has strong peaty / boozy overtones mingling with a considerable dose of medicated BandAids, with vague tinges of charred woods to sweeten the pot, as it were — if I didn't know who made it, I would have guessed Strange Invisible Perfumes. In keeping with the "smelted iron" idea, I suppose, it also has a pronounced metallic edge for a time. It gets a smidge more wearable as it calms into a dusky, woody amber-y rose, still quite herbal. As advertised, it smells like something from another time (or perhaps from a post-apocalyptic / steampunk future); the image that comes to mind is of an aged vessel of copper or bronze, just starting to take on a greenish patina.

Verdict: Despite its somewhat melancholy tone, I found Bitter Rose great fun to wear: it's the perfect antidote for anyone sick of same-y, office-friendly perfumes, but it's not, to me, weird for the sake of being weird, that is, I also think it smells good, albeit not in a way that I'd expect to be universally appreciated. I definitely don't need a full bottle, but I'm impressed.