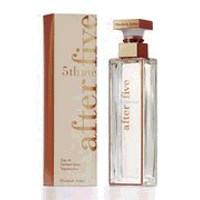 More on the recently released 5th Avenue After Five from Elizabeth Arden, which was created by nose Olivier Gillotin:

The fragrance opens on notes of black plum, bergamot and coriander. The heart is a blend of muguet, jasmine, saffron and lotus blossom; the base combines sandalwood, white birch, Tonka and musk. (via moodiereport)