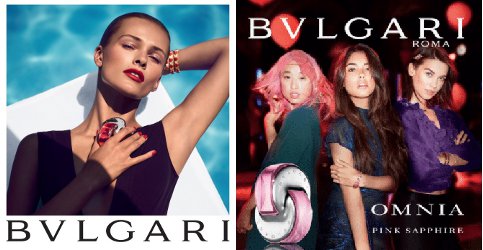 2018 has not been a good year for me, and while perfume has continued to be a comfort, keeping up with the usual parade of new releases has fallen entirely by the wayside, enough so that as we reach the year's halfway point, I'm already worried about how on earth I'll ever write a "Best of 2018" post. I went back to see how many reviews I'd managed so far, and it's even worse than I thought: not even quite a handful.

So why I'm bothering with Bvlgari's latest Omnia flanker, Pink Sapphire, is perhaps as much a mystery to me as it is to you. It just seems a shame to stop when I've already reviewed seven? I will start by updating the summary I included with the last entry in the series:

Omnia original (2003): Full bottle worthy. I really should have bought two when I could.

Omnia Crystalline (2005): Pretty darned good. I like Omnia Crystalline. If I was forced to buy a watery scent with pear, this would be my easy first choice. But I don't quite adore it.

Omnia Amethyste (2007): Pleasant, but I don't like it even as much as Omnia Crystalline.

Omnia Coral (2012): A notch above the last two, but still, no cigar. Crystalline is still my favorite Omnia flanker.

Omnia Paraiba (2015): A sunny tropical fruity floral. Probably no better than the others, but so cheerful I loved it anyway. If I ever came across a seriously discounted bottle, I'd have trouble resisting even though far worthier fragrances are languishing on my wishlist.

It would not be quite accurate to say I had any massive expectations for Omnia Pink Sapphire, but "a whimsical combination of bright citrus and exotic florals" from perfumer Alberto Morillas sounded like it might at least provide some welcome cheer, and "frangipani, sparkling pink pomelo and vanilla musk" sounded pretty darned good too.

Alas, I have been trying to make myself write this review for months and all I can say is that no, it's not what I'd call whimsical, and I did not find it all that cheerful either. It's a perfectly competent, very pink fruity floral thing with what could indeed be frangipani, sparkling pink pomelo and vanilla musk, but you could just as easily substitute any fruit or flower, it doesn't smell like anything but what it is: a mid-priced department store perfume. Yes, it's rather youthful, but no more so than the prior Omnia flankers, and ditto on the sweetness: it's sweet, as was Paraiba, but not really heavy enough for it to matter. It's actually not altogether different from Paraiba, except that I must have some previously unexplored personal attachment to peach fruit leather? (The advertising, however, is in flux: they did the usual Omnia flanker poolside shot of a model with jewelry — or more likely adapted an existing shot — but they also did a fun-instead-of-fancy Generation Z oriented campaign with Amanda Steele, Madison Beer and Margaret Zhang. Perhaps they were used in different markets.)

Verdict: no thanks, but the reviews at the usual stores are largely positive so don't let me dissuade you. I looked for opinions of Omnia Pink Sapphire in the comments section here but can't find a single mention. Surely one of you has tried it?

The poll: help me out, and name the one single fragrance you would nominate for best of 2018 so far. It's too late for me to catch up this year but I guess I can at least try to smell a few highlights. 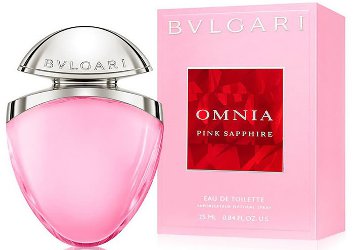