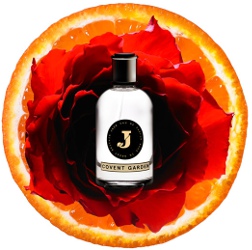 A couple weeks ago, I reviewed the debut fragrance from actor Richard E. Grant, Jack by Jack Perfumes. I thought I'd review his other two fragrances the following week, but the best laid plans and all that. Here, a bit late, is a brief review of the second fragrance, Covent Garden, and I'll try to get to the third next week. Covent Garden was...

... inspired by [Grant's] early days in the business, waiting tables in Covent Garden – once a prominent fruit, vegetable and flower market and the centre of the theatre district. Taking cues from his early environment, the professional tradition of actors receiving fresh fruit and flowers on opening nights and the use of ginger to nurse their voices, Richard E. Grant created his second eau de parfum...

So, Covent Garden is a citrus (orange and lime, heavy on the lime) with a little kick of ginger and pepper at the top, a few sheer (and still peppery) rose petals in the heart and a soft iris + carrot over a dry woody musk in the base. It's not terribly rooty, bearing in mind that my tolerance for rooty is surely significantly higher than average. I would call it a unisex citrus or a unisex iris, or both. That lasting power is decent. 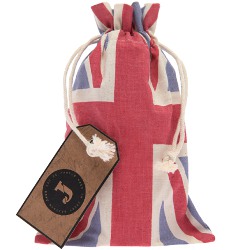 Verdict: As I said in the Jack review, I like Richard E. Grant. I like reading his interviews, and even his olfactory prejudices amuse me.1 And I like Covent Garden. It's quite pleasant, and it would make a decent no-brainer summer citrus / iris. I'd absolutely wear it if a bottle dropped from the sky, and I'm sure I'd find a good use for the drawstring bag, too. But I'm not wild about Covent Garden, and most of the fun is in the first 15 or 20 minutes. After that, it's a little too muted for my taste, and it mostly reminds me of other, similar, fragrances I like better (anyone remember Curated by Colette Three AsFour?), or of things I might layer on top to give it a little more verve after the opening fades. If I had a choice between a bottle of Jack or Covent Garden, I'd take Jack in a heartbeat.

Jack Covent Garden was developed by perfumer Aliénor Massenet. It is $135 / £95 for 100 ml Eau de Parfum at Aedes, Luckyscent or Liberty London.

1. He hates Thierry Mugler Angel, and tells Manchester Confidential that "If somebody is eating chocolate and cheese I have to leave the room" — this is why I never invite Richard E. Grant to lunch.