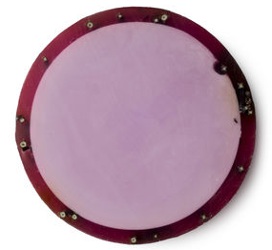 Well! I've already dropped some hints, but this week is actually my ten-year anniversary at Now Smell This. My very first post, a review of Lush's Bathos Bubble Bar, went live on December 17th, 2006. I've used countless body products over the past decade, but I'm still shopping at Lush, so this review is a return to my (scented) roots.

Since this a busy and often stressful time of year, I've decided to focus on two lavender-fragranced products. Lavender (as you most likely know!) is recommended in aromatherapy as a calming influence. And it's certainly a time-tested ingredient, having been used since the ancient Roman Empire — its name even comes from the Latin verb "lavare," meaning "to wash," because the ancient Romans used fresh lavender sprigs to scent their bath water.

Sleepy Hand and Body Lotion (shown below) is a special product for the holiday season, and I scooped one up as soon as I saw it, because I've found Lush's hand creams to be top-notch and I love the idea of a lavender treat for bedtime. Sleepy is a lilac-tinted cream, thicker than Lush's Dream Cream (but with many of the same skin-soothing ingredients) but not as dense as Handy Gurugu.

Sleepy's fragrance will be familiar to fans of Lush's limited edition Twilight Shower Gel, because it's a blend of lavender, benzoin and tonka. The benzoin and the tonka add lots of warmth and sweetness to Sleepy's lavender, and there's a touch of patchouli somewhere in the mix, too. Its the kind of sugary-earthy scent that wouldn't have sold well before we all became acclimated to Angel and its Angel-spawn, but it's also the kind of thing that Lush does very well.

On the other hand, if you like your lavender straight up, you should give Serendipity (top image) a try. This soap (part of the year-round catalogue) is offered in circular bars, each with a "calming pale purple center" and "dreamy outer shell dotted with springs of real lavender." It's generously fragranced with real lavender oil, too, as well as chamomile (another soothing botanical!).

Like many Lush soaps, Serendipity can be somewhat drying on skin, so I've been saving it for washing my hands at the bathroom sink. It's pleasing to look at, and it's pleasing to use: its true lavender aroma (the chamomile is very subtle) is just the way it should be, gentle yet somehow bracing. Its scent carries into the air as I lather up and rinse, giving me a "spa moment" between ordinary household tasks.

Even if I weren't in the mood for lavender, I probably would have gravitated towards this soap just for its name. The dictionary definition for "serendipity" is "the occurrence and development of events by chance in a happy or beneficial way," something I like to believe in. It's how I feel about my arrival at Now Smell This, and about many of the connections and conversations we've all shared here over the past ten years. Thank you, fellow aromaphiles. 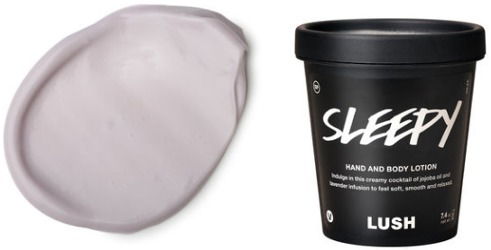