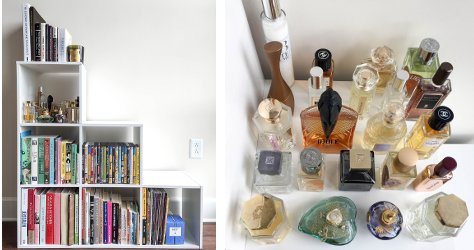 “I have no perfume memories,” says Arielle Weinberg, blog mistress of The Scents of Self and owner of the brand new niche perfume shop, Arielle Shoshana, in suburban Washington, D.C. Ari’s father lost his sense of smell in a car accident before she was born, and her mother didn’t wear fragrance.

So, what got her interested in perfume? Mascara. When Ari was 15 years old (she’s 24 now), she was looking up mascara reviews and stumbled upon Makeup Alley, which led her to the Penny Pencil’s poetic reviews. Besides mascara, Penny Pencil reviewed perfume. Ari was at first intrigued, then hooked. In D.C., where Ari lived, she didn’t have much access to niche fragrances, so she dived into the Guerlains and Bond No. 9s. For a few solid years, she wore Bond No. 9 New Haarlem, and she still loves Guerlain L’Heure Bleue.

Then, as a freshman in college, she started The Scents of Self. “I was a depressed chemical engineering major,” she said, and she wanted to immerse herself in something that actually engrossed her. In college, she shifted her major first to biology, then to natural sciences, but she still wasn’t satisfied that she’d found her calling. However, her love of perfume never flagged.

Armed with a fresh B.S. in natural sciences, she moved to New York City with the intention of becoming a perfumer. As she made the rounds of the perfume houses, she worked at MiN and Oswald perfume boutiques, learning about niche perfume brands and the quirks of today's perfume shopper. It didn’t take long before she realized that she didn’t want to be a nose. She wanted to share perfume with others.

So, Arielle returned to Washington, D.C., and took a job selling perfume at Nordstrom while she worked with her family to open Arielle Shoshana perfume boutique. The boutique launched just over a week ago. So far, Ari says a lot of her customers have asked for “clean” fragrances, and Francis Kurkdjian Aqua Universalis has been flying out the door. 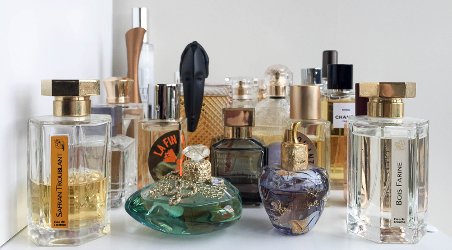 As far as her own perfume loves go, Ari says, “I have a sweet tooth.” She adores oriental and gourmand fragrances. Her favorites right now are Idole de Lubin and the “absolutely beautiful, beautiful” L’Artisan Parfumeur Safran Troublant, the only bottle for which she has a back-up. Her latest purchase was Chanel Misia, although straight florals are generally a challenge for her.

After a sell-off to stretch her student budget, Ari keeps a relatively modest collection of 22 bottles. She stores them on a stair-shelf she bought at Target for $39. She chose the shelf because she thought her cat Zelda would like climbing on it. (Naturally, Zelda isn't particularly interested in perfume and turned up her nose at the shelf.)

Ari’s budget means that she limits her personal perfume acquisitions — although these days she gets to sample from the testers in her boutique — but after a long pause to consider, she said she’d love her next bottle to be Serge Lutens De Profundis. No word yet on what Zelda thinks of that.