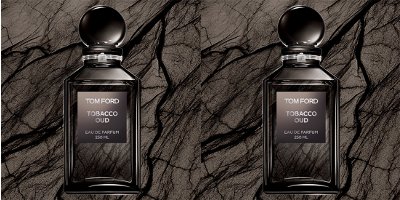 I’ve never been tempted to smoke, but I love the smell of tobacco. Years ago I lived in an apartment whose former occupant smoked Dutch Masters cigarillos. I found a few empty packages — plus an envelope crammed with skull x-rays, go figure — in a cupboard. When the seasons turned, the fetid aroma of long-dead cigarillos wafted from the sheetrock. Delicious. Where I now live, on warm nights my neighbor settles into his backyard hot tub after swing shift at the sewage treatment plant and watches movies on his laptop while he smokes cigars. I like smelling the hint of smoke that made it as far as my bedroom window.

But, for me, head and shoulders above these smells is the aroma of pipe tobacco. Maybe it’s because one of my grandfathers smoked a pipe (when he wasn’t burning through packages of Winstons, that is), or maybe it’s the romantic idea of things associated with pipes — wood-paneled libraries, fireplaces, and cocker spaniels — that allures me. Whatever the case, I’ve longed to find a perfume that captures this fragrance without being too sweet or on-the-nose precious.

Could Tom Ford Private Blend Tobacco Oud be it? I ordered a decant unsniffed.

Tobacco Oud opens with the scent of dry leather and raw tobacco leaf with a wisp of skank. The tobacco isn’t fruity like cherry pipe tobacco, but ashy like stubbed-out cigarettes. A touch of amber and vanilla keep the fragrance from being too sharp. After half an hour or so, what smells to me like jasmine tingles through the tobacco, wood, and vanilla, making into perfume something that could have just been a reproduction of gentleman’s tobacco fresh from the wooden humidor with a vanilla bean and leather club chair nearby. Still, the jasmine is tightly boxed in an oriental casing of wood, amber, tobacco, and leather, and no one would call Tobacco Oud “girly.”

After an hour or two, Tobacco Oud’s funk, leather, and jasmine fade, and the fragrance smells much more amber-y — although it’s a wood-shot amber. Dabbed, the fragrance smells dense and sweet. Sprayed, its ashy, leathery top notes are more evident. Tobacco Oud lasts all day on me. It’s a thick fragrance, but it stays within a few feet of my skin.

As for the “oud” in Tobacco Oud, it’s subtle. For me it’s almost completely integrated with the leather and ashtray tobacco. You won’t be thinking oysters and echinacea with this one.

As much as I like it, I don’t see myself wearing Tobacco Oud often enough to justify the hefty price of a bottle. (Although if my ship comes in, I'll snap up a bottle of this and Oud Wood.) It did, however, inspire me to buy a pouch of good pipe tobacco to use as a sachet in my coat closet. Heavenly.

Do you like tobacco fragrances? What are some of your favorites?

Tom Ford Private Blend Tobacco Oud Eau de Parfum is $210 for 50 ml and $520 for 250 ml. For information on where to buy it, see Tom Ford under Perfume Houses.