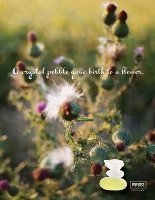 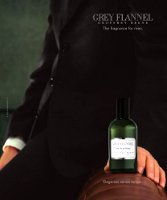 Before I collected fragrance, my "hobby" (read: single-minded fixation) was used books. When I first started buying perfume, my husband rather encouraged the interest, because he thought it might distract me from my bibliophilia: he was tired of hauling dozens of very heavy boxes full of my dusty, smelly, fragile purchases each time we moved, and besides, how much perfume could one bluestocking wife buy?1 HA!

We still have many, many books about the apartment, including the out-of-print literary fiction and back issues of The Paris Review of those times. Reading the acknowledgements and writer interviews, I've noticed there are some authors so frequently mentioned as "underrated" that it's a wonder how anyone manages to overlook them. Occasionally one will reach a critical mass of "underratedness" and then a clever publisher will reissue a handsome series of books from his or her back catalog, hopefully while the writer can still enjoy the attention and royalties. Just as I was starting this post2, I found out one of my favorite authors,  Evan S. Connell, died in January, in Santa Fe, New Mexico; if you know his work, you'll join me in a moment of silence for a great literary stylist who long toiled in relative obscurity. Luckily, in recent years Connell had his revival and much of his fiction and non-fiction has been reissued, including a book I think would find an appreciative audience here, The Connoisseur. While I was delighted to see Connell recognized with glossy new editions, there are some books best encountered among the overflowing shelves and random piles of a good used bookstore, and The Connoisseur is one of them. Any fragrance nut will recognize the path to obsession charted by Connell's recurring protagonist Karl Muhlbach: the chance find of a fascinating thingy, the curious way time and space collapse as the new interest is researched and money is spent, and the hungry and vaguely alarming welcome one is given by more experienced collectors.

As Connell knew, a preoccupation like ours takes you on pilgrimages not just to the clean white spaces of swanky gallery boutiques, but also to the haphazard "displays" of secondhand or liquidation stores. Most readers of Now Smell This will be able to recall the thrill that shivered through them when they found a bottle of a discontinued gem — Anne Klein II,  say — next to a rack of knock-off sunglasses in a basement discount place. Or dug a vintage formulation of some classic — a tortoiseshell cocktail-shaker of Hermès Bel Ami, maybe, or Rochas Femme in the lace box — out of a bin in Chinatown. Sadly, the seasons come and go, even for the tragically unfashionable, and scents like Donna Karan Gold, Fendi Theorema and Tom Ford Black Orchid Voile de Fleur, which were once to be had for cheap at Target or online, are now hard to find. Still, there are many great fragrances (in their pre-IFRA state) that the sharp-eyed hunter can find in almost any junk shop. Classic men's fragrances are often still a bargain. Some lines are seldom encountered outside of the discount context: in North America, it's hard to find Balmain, Rochas, Cacharel, Grès or the older Paco Rabanne scents for listed retail prices. Below are five cheap thrill favorites that are perennially available at my local discount stores. Please comment with your own frequent finds.

Kenzo Ça Sent Beau: In Perfumes: the Guide, while praising this scent, Tania Sanchez comments: "Kindly ignore the bottle, which looks like a plug-in nightlight from the Dollar Store." The juice is ambrosial stuff, balanced between the spiced floral syrup of an Indian dessert and bright, zippy tangerine... but there is a little bit of Deal$ in the fragrance, too, a tiny whiff of vinyl out-gassing, as from a last-minute Halloween costume purchased for handing out candy. There's something smart and carefree about this slight gloss of cheapness: it reminds me of the synthetic effect in the much more expensive S-perfumes S-ex. Around here, Kenzo is well represented at discounters and in a similar spirit to this signature fragrance, the brand also has Kenzo Air, another modest and breezy marvel that smells pleasantly artificial and can be had for under $20. Cost of my bottle of Ça Sent Beau, bought sometime in 2008: 18 CAD.

Lolita Lempicka (Le Premier Parfum): Just as with Rochas Tocade — another crazy bargain— there is something inescapable about Lolita Lempicka. From the whimsical bottle to its force field sillage of Cherry Coke, chocolate and violets, it is the adorable, perky but finally exhausting friend who always corners you and insists, rather solemnly: "We are going to have FUN tonight." And my word, yes, we are. I wear Lolita Lempicka about three times a year, and each time, for about four days afterward, I go scentless. Cost of a two-piece gift set with Premier Parfum 100 ml Eau de Parfum and perfumed body cream, bought in 2010: 26 CAD, plus tax.

Halston Z-14: The random name that sounds like an automotive series, the brown globular bottle, the prevalence of "aftershave" as a concentration: it's all screaming cheap seventies. So you're likely not going to give it as a gift, but Z-14 is absolutely worth your own time and spare change. They made some quality fragrances in the disco era, leaner and meaner than the yards of olfactory taffeta that dominated the 1980s, and this classic chypre is one. While spare, it doesn't lack for development: the tonic, almost mineral citrus top notes are followed by lots of cinnamon liberally dusting a frothy floral (7-Up jasmine) and then, admirably later, a woody leather dry down. Somebody at work the other day told me I smelled like a million bucks and I was wearing Z-14. I believe I paid $12 for my 100 ml bottle.

Geoffrey Beene Grey Flannel: In its cozy charcoal bag, as familiar as a house slipper, this green violet scent has quietly weathered almost four decades of trends in men's fragrance. Equal parts crisp efficiency and grey-skies melancholy, it is a comforting and nostalgic thing to splash on. And splash on, you may, as I got my 120 ml of Eau de Toilette for about $20.

Jean Patou Sira des Indes: There is divided opinion on this one. My husband thinks it is one of the most delectable, straight-forwardly sexy scents ever; a good friend of mine calls it "that banana baby poo perfume". The start is a beautiful burst of cardamom and tropical floral (ylang ylang and champaca), but eventually the pear and Polysantol-type sandalwood synthetic take over and create a sort of West Indian house music for the nose. In perfumanity, we don't easily forgive a sweet fruity floral. But this is well-made, in the Patou fashion, and getting a gift set of Eau de Parfum and body lotion for under $30 can help you excuse the dry down purée.

1. If you thought I'd admit in a footnote how much I've bought since my spouse made that very costly speculation, I'm afraid I'm going to disappoint you. I just wanted to give the man his due by relating how we moved across Canada in 2007: when we were discussing what to do with our leased car, I pointed out that the moving company would not take my fragrance collection. I ended up flying to our new home with my daughter, while my husband spent almost three days driving 1700 miles in December with boxes of perfume in the back seat.

2. Yes, I take at least three months to write a post. Kudos to Robin for putting up with me.