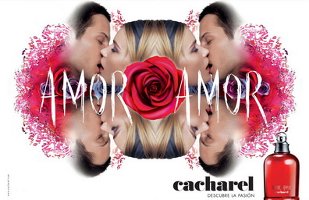 Ready-to-wear fashion design house established by Jean Bousquet, who had started out as an apprentice tailor before launching his own youth-oriented clothing line in 1962. He took the name Cacharel from that of a native duck in the south of France.

Since 2011, creative direction at Cacharel is under designers Ling Liu and Dawei Sun.

The perfume line is a division of L’Oreal. The brand’s first perfume, Anaïs Anaïs, launched in 1978, and “pioneered the concept of a designer fragrance at an affordable price” (Perfume Legends by Michael Edwards, p. 185).

At major department stores or at the online fragrance discounters.

See all posts on Now Smell This tagged Cacharel, or take a look at our collection of Cacharel fragrance commercials.