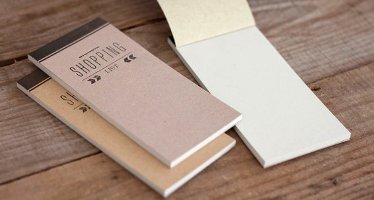 How do you decide what bottle of perfume you’ll buy next? Given perfume’s cost, it’s probably not be a decision you take lightly. I know I don’t. At least, most of the time I don’t.

Over the past few years, my perfume expenditures have dwindled. Where I used to buy at least a bottle a month, now I might buy a bottle every six months. When I first fell down the perfume rabbit hole, every grand perfume with a history attracted me, plus I was a sucker for a good review. I bought with abandon, including a lot of bottles I hadn’t sniffed. I ended up with a perfume wardrobe of at least half “fine but not fabulous” bottles, most of which I’ve since swapped or given away.

Eventually I became more choosy and started keeping a “to buy” list. My theory was this: I’d sample a fragrance, and if I liked it I’d order a decant or cadge another few samples to give it a good long test run. When the samples or decant ran out, if I still loved the fragrance I’d record it on my “to buy” list. Then, when I had both cash and a hole in my perfume collection corresponding to the kind of perfume on the list, I’d buy it.

Reality has been a little more messy. I still have a “to buy” list, but the last three bottles I purchased — DelRae Mythique, Oscar de la Renta Esprit d’Oscar and Agent Provocateur — weren’t on it. I ordered Mythique although I still have part of a bottle left, because I have it on good authority the line may soon disappear. Besides, it was half price. I bought Esprit d’Oscar because I like it, and it was only $24. Add a “0” to that price, and you get the cost of most of the other bottles on my “to buy” list. Agent Provocateur I found at a thrift store for a ten spot. Add all these "bargain" purchases together and after a while I could afford a bottle I adore instead of a bunch of them I merely like a lot (not counting Mythique, since I really do love that one).

Then there’s the quality of my “to buy” list itself. It’s almost a stewing pot. When I write a perfume’s name on it, I fully intend to buy a bottle someday. But sooner or later, I end up crossing most of the names off. For instance, I wrote Ann Gérard Cuir de Nacre on my list a few weeks ago, but although I like it a lot, Mythique will fill in for it for the next few years. Scratch Cuir de Nacre for now. Similarly, Serge Lutens Borneo 1834 has been on and off the list for two years.

I also have the names of two unsniffed fragrances on my “to buy” list: Annick Goutal Mon Parfum Chéri par Camille and Etat Libre d’Orange The Afternoon of a Faun. I’ve sworn off buying unsniffed bottles. But, if they were a really good price…

Finally, there are those dangerous times I’m at a perfume counter and in the mood to buy. Then, the “to buy” list goes out the window, and my mood and susceptibility to advertising and a good sales associate takes over. A sales associate who had recently switched from cosmetics to perfume once told me how much easier it was to sell perfume than makeup. “People love the romance, the idea of perfume. I can sell $100 worth in ten minutes, and it might take me an hour to do that in cosmetics.” I’ve been that sucker more than once.

Right now, I think the next bottle I’ll buy is Cartier Baiser Volé extrait. The bottle I end up with? Time will tell.