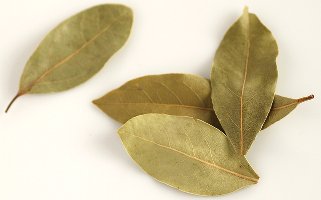 When the topic of past lives comes up, what time period do you picture yourself inhabiting? For some reason, I always regress to a city in the Middle Ages. No other era or geographical location ever comes to mind. Perhaps I was an inn-keeper, goutishly solid and pink-cheeked and wary. If gender and physical talents are passed through the centuries, then I could have been a wet nurse. If they are not, then maybe I was a monastic scribe and illuminator. (My handwriting is awful.) It is strange to feel so connected to the sights and sounds of medieval Europe. I don't actually believe in reincarnation. I think my visions come from the more recent past, from pop culture references about the dark ages like The Lion in Winter and The Name of the Rose. What the books and movies are notably short on, however, is odors.

Most of us think of this time period as smelling pretty ripe: burning garbage, sewage in the ditches and rivers, halitosis, mildew everywhere, the sick and dead of the Bubonic plague years, all those buckets of fermented urine that alchemists were supposed to be distilling into gold, etc. But years of reading foodie articles on panforte, mead and sweetmeats have perfumed my personal medieval fairy tales with honey and almond milk, dates and chestnuts and raw milk cheese, fruit jellies and poached pears with long pepper. Most particularly at this turn of the seasons, I start to dream of the scent of mulling spices. As the cold sets in, there is something instantly cheering and sustaining in the thought of hot mulled wine or cider. And for me, no simmering pot of either would be complete without a bay leaf.

We usually encounter bay as the dried leaf of the bay laurel tree.1 Although primarily a feature of Mediterranean cuisines in the Middle Ages, the clove-like qualities of bay leaf oil — eugenol is a component — make it a warming, bracing companion for winter in the Northern climes. The smell is sharp and bitterly aromatic, with additional facets of oregano and thyme, anise, pine and floral almond. It makes a beautiful, robust counterpoint to anything sweet. As often happens, Les Christoph(e)s have read my mind, and have just released Humiecki & Graef Blask, featuring bay oil, red wine and walnut — a more High Middle Ages note list can scarcely be contemplated. While I'm waiting for my Blask sample to arrive from Germany, I'll be wearing the following fragrances:

Serge Lutens Arabie: A rich, dense plum pudding fantasy of a fragrance, Arabie is still one of my winter favorites. The ingredient list is long:  bay leaves, mandarin peel, cardamom, clove, cumin, nutmeg, cedarwood, dried figs, dates, myrrh, sandalwood, labdanum, benzoin, tonka bean, tobacco and musk. I find the pungency of the bay tempers the sweetness of the mincemeat heart, but if wearing all that seems a bit much for you, you could try Victoria's recipe for Chicken Arabie instead (via Bois de Jasmin.)

Serge Lutens Ambre Sultan: Serge Lutens is the king of bay leaf. Ambre Sultan is justly praised for its landmark use of herbs — bay, oregano, coriander and myrtle — to add savoriness and freshness to the well-worn amber-vanilla oriental theme. This is the niche gold standard for its genre of fragrance.

Carthusia Aria di Capri: A bitter slug of bay leaf oil gives what would otherwise be a ladylike, almost prim floral a virile and elegant twist. Aria is what I picture Sophia Loren wearing.

Estee Lauder Knowing: Bay plays foil to the hot-buttered brandy heart and honey drydown of this gorgeous chypre. Lasting longer than a medieval wedding feast (and accompanying hangover) and with the famous Lauder radiance, this joins Clinique's Aromatic Elixir in the pantheon of classic American dark stars.

Tauer Perfumes Une Rose Chyprée: I think the oft-commented on Dr. Pepper angle to Une Rose Chyprée is attributable partially to bay leaf. (Is bay one of the secret ingredients of Dr. Pepper?) Although the musky opaqueness of the base of this perfume makes it hard to wear for me, I like to catch wafts of it on fabric, and I can't equal Angela's dead-on description of it: the "murky base smells like a moss-green tapestry hanging in a cold church. Now imagine that tapestry laid over a warm lawn and strewn with rose petals, torn bay leaves, clementine peels, and pieces of a wood cask that once held cinnamon sticks." Exactly.

1. In the world of perfume enthusiasts, bay laurel is often mistaken as the source of the bay rum genre of fragrance. In fact, Pimenta racemosa, known as West Indian bay or the bay rum tree, is a plant in the myrtle family, unrelated to bay laurel. For bay rum fragrances, dried p. racemosa leaves and/or berries are distilled in rum and water.  Bay laurel and West Indian bay are chemically similar, though.