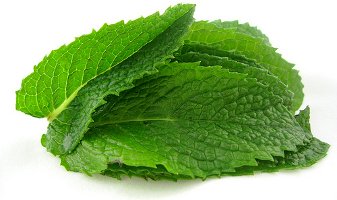 Smell is the most associative sense. For years, they have dyed both men's colognes and sports drinks like Gatorade the exact shade of blue of the absorbing liquid in maxi pad commercials and nobody seems bothered by this, except me — and, well, maybe now you as well. Something I never overhear: "I can't listen to Bartók anymore, because John Bonham of Led Zeppelin has ruined me for timpani." Yet every scent enthusiast is familiar with the type of scenario where you apply careful dabs of your most cherished new sample and you are snuffling away at the baptized spot on the back of your hand, squinting and considering every facet, when your spouse breezes in and announces casually: "It smells like Lifebuoy soap in here." And you are NEVER ABLE TO WEAR IT AGAIN. The band-aid aspect of fragrances with black pepper, the ham in lily soliflores, a whiff of Creamsicle wherever and whenever it is found: once smelled, it haunts you forever.

Perhaps no note in perfumery has suffered more for its associations than mint. The cost of our modern obsession with smelling fresh has been that there are some of us who regularly wear fragrances that evoke the burnt dust of a blown computer CPU, but refuse to wear minty scents on the grounds that we are reminded of toothpaste, mouthwash and chewing gum. Really, the logic of this seems suspect: we use mint for such purposes because it smells good. Why not explore more often a note that cues so much for us?

When I think about it, my childhood smelled of mint. My father has always supported mintiness, viewing products like bubblegum-flavored Crest Kids or Big Red cinnamon gum as aberrations, not to be tolerated, like sugar cereal with marshmallows. I remember sleeping over at a friend's house when I was nine and her house was like a foreign country where the mouthwash was yellow, the toothgel was sweet and sparkly and they ate Lucky Charms for breakfast. (For some reason, I remember thinking that you were allowed such stuff only if you were Catholic.) Meanwhile, though she disapproved of its weed-like hardiness and spread, my maternal grandmother grew mint in her garden to make sauce for lamb and mushy peas. As children, my brother and I were encouraged to ruthlessly raid her mint patch before meals and rub the leaves on our hands and arms, which no doubt made us sweeter-smelling tablemates. Oddly, Grandma also regarded the Grasshopper as the proper after-dinner cocktail for small children. (Why let the Catholics have all the fun?) Lately, I've been wearing the fragrances below and thinking that four out of five dentists — plus my Grams — can't be wrong.

Thierry Mugler Eau de Star: Why are all the Mugler Angel variations so much better than the copies put together by other brands (Bond No. 9 Nuits de Noho, Viktor & Rolf Flowerbomb, Chopard Wish, etc., etc.)?  When Eau de Star launched in 2007, I expected to hate it. The ad copy raved on about aquatic freshness  and "powerful patchouli", while an early reviewer referenced both cucumber and Serge Lutens Borneo 1834.  I had visions of needing to rid myself of a possessed sampling hand, à la Evil Dead II. As it turned out, all that talk of oceanic accords boiled down to a touch of salt, while the heart notes of patchouli and mint proved to be natural partners (see also Histoire de Parfums Noir Patchouli). Some report that Mugler's A*Men smells like mint fudge ripple ice cream to them, but I think Eau de Star is more likely to satisfy that craving, as I get more lavender-coffee-tar from the former.

Humiecki & Graef Eau Radieuse: This is another fragrance starring Christophe Laudamiel as Mad Scientist. After what was doubtless a baffling, high-concept brief from Sebastian Fischenich and Tobias Muksch, you picture Laudamiel retreating to his lair, turning on his Tesla coils and running blue Gatorade through bubble tubes, until he had a tea-like mint-and-citrus cologne with the half-life of plutonium. If he had presented me with a beaker of this fragrance, glowing like neon, I would have called it "Great Scott!" Or perhaps "Muwahahahaha!" (Careful —only four "ha" sounds.) One day, a bottle will be mine.

Gorilla Perfume at Lush The Smell of Weather Turning: Mark Constantine, co-creator of this scent with his son Simon, tells the following story about seeking inspiration for the fragrance: "Then we did some work with musician Simon Emmerson, who is also a bard and part of a druid order. He did some pieces of music, which reminded me of staying in Finland at a place where the lady had decided to make it as it would have been back in the Iron Age. She fed us nettles and dark rye bread. One morning, I watched a man outside weeding, but it turned out to be our lunch." (via Gorilla Perfume). This does indeed smell like a salad of the ancient plains or fjords, with a cleansing top of mint and a warm, slightly bitter base, reminiscent of Serge Lutens' Chêne.

Heeley Menthe Fraïche: Like most of the Heeley perfumes, this little ditty seems deceptively simple, with the sharp, open air green of torn peppermint leaf. It is, of course, a complex abstract composition, as Chandler Burr detailed in his glowing review of two summers ago. Why the Heeley website references Christine Bale as Patrick Bateman in American Psycho is anyone's guess: the character may be slicked and angularly handsome, but to my mind, he is not an ideal spokesman for this or any other commercial fragrance.

Frédéric Malle Géranium Pour Monsieur: Another natural-smelling, well-groomed, quietly leafy scent, with a pleasant bitterness and the odd effect you sometimes encounter in incense fragrances of disappearing up close, only to blink back into focus at a distance. Recommended.

Note: top image is mint leaves by SummerTomato at flickr; some rights reserved.