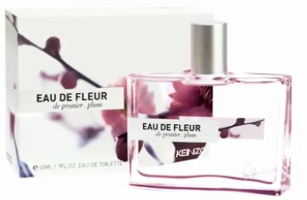 Eau de Fleur de Prunier was developed by perfumer Francis Kurkdjian (who also worked on Eau de Fleur de Magnolia), and is described as a powdery almond floral. I'll update with detailed notes later if I find them, but I don't think Kenzo ever released notes for the original 3 in the series.

Avon has launched Brazil Beat, a new fragrance for women:

An enticing new fragrance that pulsates with vibrant rhythm. A spirited dance of sparkling fruits, joyful florals and energetic woods.