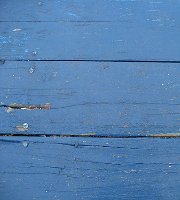 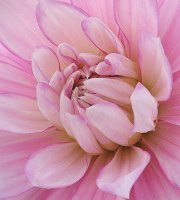 Last week I went to Nordstrom in search of a spritz of Hermès Bel Ami. I'd recently discovered that I liked its citrus-coriander-leather goodness even better than that of Bois 1920 Come La Luna, and I was trying decide if I needed to save up for a bottle. "Bel Ami? Is that for a guy? You'll have to go upstairs," the sales associate at the perfume counter told me. All the masculines were on the second floor.

My first thought was, Crazy! they're losing out on a potentially huge market for the masculines by putting them somewhere women were less likely to discover them. My second thought was, what is the difference between a fragrance marketed to women and one marketed to men?

At the back of The Book of Perfume by Elisabeth Barillé and Catherine Laroze is a chart of fragrances broken down by type — citrus, citrus spicy, floral, floral aldehyde, etc. — and by gender. A casual glance through the chart shows that the authors classify the preponderance of florals as for women. The exception is the category "single lavender floral", all of which are listed for men. The fougères, except Guerlain Jicky and a few others, are listed for men, and the woody fragrances were also marked entirely as masculine, except for Shiseido Féminité du Bois. In other words, eaux de cologne, woody fragrances, and lavender fragrances — scents that are fresh and bracing or smell like a campsite — are masculine. Flowers, fruit, powder, and aldehydes are feminine.

To me, some scents may smell more "girly" or "manly" than others, but these qualities are on a continuum. We all have our preferences as to how feminine or masculine we like to smell, and when. For example, many women can't bear a powdery rose and violet scent, such as Frédéric Malle Lipstick Rose, because it reads as too feminine to them. I'm sure there are men who reject some masculine fragrances, like Guy Laroche Drakkar Noir because they smell hyperbolically "manly".

Besides having different comfort levels with how womanly or manly a fragrance smells to us, we don't all identify the same smells as masculine or feminine. For instance, the sales associate at the Barney's Frédéric Malle counter says that Saudi princes buy Une Rose by the gross. To me, patchouli and coriander add a masculine edge to a fragrance, but many people wouldn't agree. Sometimes a perfume house's designation of a scent as masculine or feminine seems arbitrary, as well. In a blind sniff, I bet many people would peg Amouage Gold Pour Homme, Stetson For Men, and Dior Homme as feminine and Christian Dior Escale à Portofino and Givenchy III as masculine.

I think stores make a mistake by separating the masculines and feminines. We perfume lovers know that on a summer day a woman wearing a full-skirted cotton batiste dress and a spray of Christian Dior Eau Sauvage is the epitome of chic. A man in a perfectly tailored suit with a dab of Guerlain Mitsouko parfum at the base of his neck is irresistible. Despite that I haven't put on a pair of pants in nearly two years and am nimble in stilettos, I love my Guerlain Coriolan, Lalique Encre Noir, and Annick Goutal Duel. And yes, I'm planning on a bottle of Bel Ami before fall.

Women, which masculine fragrances do you like? Men, which fragrances marketed as feminine do you wear?