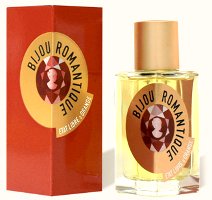 When I read the initial announcement for Etat Libre d’Orange’s release of Bijou Romantique, I had a feeling that I would enjoy this perfume; now that I’ve tried it a few times, I’m happy to say that it has fulfilled all my expectations. Bijou Romantique was developed by perfumer Mathilde Bijaoui (whose earlier Like This is one of my favorite Etat Libre fragrances), and its composition includes notes of bergamot, Italian lemon, pink berries essence, ylang-ylang, sage, iris of Tuscany, EVEE (apparently a molecule from Mane’s laboratories), coconut JE, Haitian vetiver, benzoin, and vanilla.

According to the Etat Libre d’Orange website and other sources, Bijou Romantique’s inspirations are diverse and colorful. They include cameo jewelry; a phrase from the Old Testament, “Her price is far above rubies” (Proverbs 31:10); a line from the French writer Alfred de Musset, “J’ai souffert souvent, je me suis trompé quelquefois, mais j’ai aimé” (“I have suffered often, sometimes I have been mistaken, but I have loved,” from On ne badine pas avec l’amour, 1834); and (via Luckyscent) a reference to the cult comic-book series Corto Maltese. Got all that? (If there’s also a sexual double-entendre in the name or concept, as there often is for Etat Libre, I may be missing it.)

So, what do we have inside the bottle… 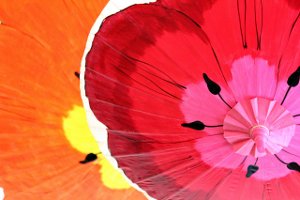 This review of Parfums de Nicolaï Maharanih was supposed to start like this: Some fragrances are the life of the party. They’re attractive, engaging, and you can’t help but gravitate toward them, even if they’re not the sort of people you choose to have in your life all the time.

Then, surveying other reviews, I discovered that many people don’t see Maharanih as a charming diva at all, but as a grating boor. So I’ve changed the angle on this review. Let me start again:

Parfums de Nicolaï Maharanih is like Cher bedecked in Bob Mackie finery. Whether you admire her beauty and audacity, or think she looks like a Trojan drag queen at a disco, you’re sure to have an opinion… 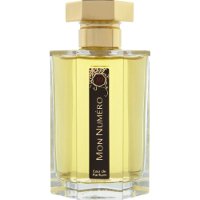 Two and a half years ago, perfumer Bertrand Duchaufour created ten fragrances. “Sure,” you might say, “And he’s created another couple of dozen since then. Big deal.” The thing is, he only made one bottle of each of these fragrances. L’Artisan Parfumeur put them on the market for $20,000 each. Now L’Artisan is producing eight of those fragrances for the masses for the relative bargain of $200 for 100 ml. Of them, Mon Numéro 10 piqued my interest right away.

L’Artisan Parfumeur’s PR machine says of Mon Numéro 10, “This last act will be explosive. After our travels, secret tributes and other sensual pleasures, this perfume is an explosion of warm, enveloping notes. Quite simply addictive. A heady, memorable ode to a highly sought-after note of oriental perfumes. Mon Numéro 10, with its eccentric, piercing mood, is like an evening gown that turns heads all on its own.”

Well. Does anyone else get an image of trains and bombs and evening dresses walking around without anyone in them? Let me simplify the description of Mon Numéro 10: it’s a spicy leather oriental. My thumbnail review? Leather cola… 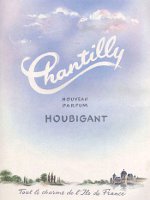 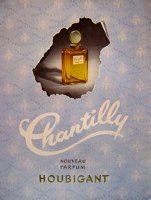 Welcome to drugstore week! While Robin is on vacation, I’m going to treat you to reviews of fragrances you can buy with your lunch money. First up: Dana Classic Fragrances Chantilly.

My first memory of Chantilly involves a gift set an uncle gave me for Christmas and an elderly woman who did handwriting analysis and numerology. I couldn’t have been much more than twelve years old, and in those days, Houbigant made Chantilly. Before embarking on the visit to the handwriting analysis lady with my mother and little sister, I gave myself the full Chantilly treatment — bubble bath, lotion, and a slick of Eau de Toilette. A six-foot Chantilly zone surrounded me.

In the end, I over Chantilly-ed and couldn’t wear it again. Eventually the Eau de Toilette turned brown and I threw it out. But a whiff from the bottle I picked up for this review, and it all came back… 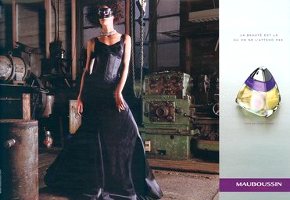 Most mornings, rooting through my perfume cabinet, I push past the iridescent pink-washed, pyramidal bottle of Mauboussin Eau de Parfum with its wobbly bottom. Mauboussin is a big perfume. Like a hot fudge sundae, the first few bites — or minutes of wear, in this case — are delicious, but before long you might end up holding your stomach and sliding the rest into the garbage. Mauboussin can be almost too much of a good thing.

But this week an unusual cold snap settled in, and I wanted a big, oriental perfume, something that would go well with a broad-shouldered,1940s mouton coat. Mauboussin was just the ticket. Maybe I’ve developed a stronger appetite for sweets, but until spring arrives, the bottle will stay toward the front of my perfume cabinet.