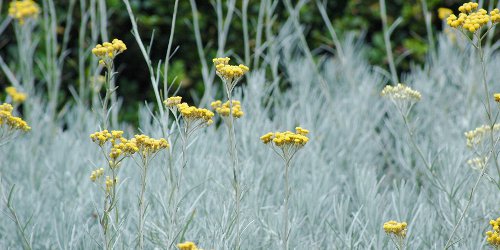 Friday is finally here. Our community project for today: wear a fragrance with immortelle, if you have one. Hat tip to Hamamelis for the suggestion!

Thanks to a tip from cazaubon yesterday, I’m in the very wearable Guerlain Cologne du 68…

Two videos from L’Occitane on immortelle production in Corsica. 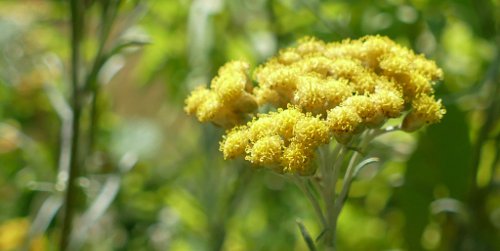 Imagine a spotlight trained on a woman at the center of a dark stage. Music starts — something melodic and gentle — and the performer sways in her diaphanous gown. After this dreamy introduction, burlesque horns kick in, and, in a move you’ve seen a hundred times, the woman rips away her evening dress to reveal a strapless sequinned get-up. That’s Parfum d’Empire Immortelle Corse in a nutshell.

Maybe comparing the fragrance to a Broadway number is going too far, since it’s more sun-kissed peasant1 than Liza Minelli, but you get the idea… 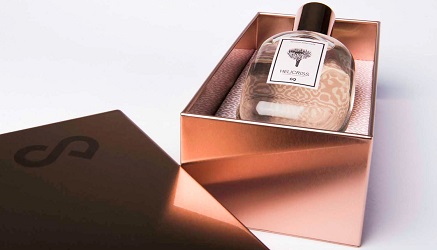 Since he joined Guerlain as in-house perfumer in 2008, I’ve blamed Thierry Wasser for all the new Guerlains that are awash in white musk. I even thought he might not be able to control himself and add some white musk to Mitsouko or Eau de Cologne Impériale or L’Heure Bleue. I imagined him in charge of the installation of an Olympic-size swimming pool under Guerlain headquarters that, upon completion, was filled with white musk. (Guerlain is doing well financially, so white musk works for them and lots of perfume consumers…if not for me.)

I may have been putting too much blame on Wasser’s shoulders because his cohort, Sylvaine Delacourte, until recently the Director of Fragrance Evaluation and Development at Guerlain, just launched her own perfume line with a collection of fragrances centered around — white musk. Now I imagine Thierry and Sylvaine cavorting in the Guerlain musc blanc pool, planning their next nose-ache in a bottle… 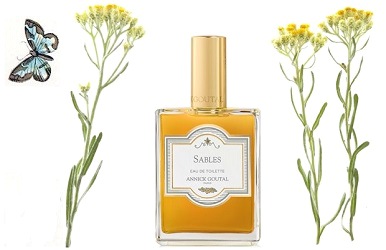 Annick Goutal created Sables1 over 30 years ago, and I’m happy to be the one reviewing it here (at long last). Goutal used the shrublands of Corsica, one of her favorite vacation spots, as inspiration for Sables, whose main ingredient, immortelle (Helichrysum italicum), grows naturally there and is also planted on farms for use by companies such as L’Occitane. Sables was a gift for Goutal’s beloved husband, the cellist Alain Meunier; they had met and fallen in love as young music students, then drifted apart for decades before meeting again and marrying. (Grand Amour is another Goutal creation that pays homage to their life together.) Sables represents a perfumer’s love for a place and a man…très romantique.

Sables was one of the first niche fragrances I bought (and I’ve owned many bottles over the years). I’ve not smelled Sables in a long time (from a new bottle, that is) and was almost afraid to sniff it after smelling the recently re-released, tweaked (and scoured) Annick Goutal Eau de Monsieur….