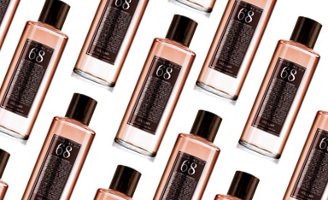 A very kind person sent me a sample of Guerlain's Cologne du 68 last year, some time after it had launched in France back in 2006. I liked it, so I put it on my "to buy" list. Mind you, my "to buy" list isn't really a list of things I actually mean to purchase; it's more a list of things I'd like to have in my collection and that I might hypothetically be willing to spend some hypothetical amount of money on in some hypothetical future. At the time, Cologne du 68 was only sold in Paris, and only in a 490 ml bottle for 180€, so the likelihood that it would ever grace my perfume shelves was pretty much nil.

Fast forward to 2008. As part of their 180th anniversary celebrations, Guerlain has now issued Cologne du 68 (named for their address on the Champs Elysées) in a 100 ml bottle, and it can be had at your local Neiman Marcus for $100. I went to visit it there to see if it was worth having now that it was affordable (at least in the relative sense), decided it was not, and promptly bought it anyway. Serves me right, doesn't it? My advice: don't go hanging around the Guerlain counter if you don't want to spend money.

Cologne du 68 was developed by perfumer Sophie Labbé. It's supposed to have 68 notes*, and who knows, perhaps it does. It's essentially a classic citrus-based cologne blended with creamy florals and light gourmand notes. It incorporates elements of the traditional Guerlain base — just enough to lend it some depth and lasting power, but not so much as to weigh it down: it's very mild, so much so that you just about can't apply too much. It's nicely done, and very pleasant to wear. Someone on one of the fragrance forums** recently described it as charming, and that's exactly what it is: charming. It's the sort of thing you could wear anywhere, anytime, and in fact, I've worn it quite a bit since buying it.

If you've got a gaping hole in the "charming everyday cologne" category in your fragrance collection, Cologne du 68 is very much worth a try. For my part, I had "charming everyday cologne" pretty well covered already, and I can't say I think Cologne du 68 is worth the rather steep price tag for what is essentially a pleasant little cologne. It does last longer than the traditional Guerlain Eaux, but then, those at least come in the lovely Guerlain bee bottles. 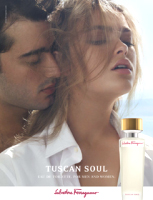 Salvatore Ferragamo's new Tuscan Soul also starts with the elements of a classic citrus-based cologne, but goes off in a different direction: they've extended the sillage and lasting power with a big ole' fresh note (the perfumer was Pierre Bourdon, and the notes are bergamot, petit grain, magnolia blossom, orange blossom, iris flower and fig tree). I understand the idea for Tuscan Soul emerged out of some scented amenity kits Ferragamo had developed for Singapore Airlines, and it's easy to believe: after a nicely sharp herbal-citrus start, it fizzles out to a clean, bland woody musk at such a rapid pace that you'd be hard pressed to annoy your seat-mate even in economy class. It's closer to inoffensive than most dryer sheets, and Guerlain's Cologne du 68 virtually smolders on the skin in comparison. Tuscan Soul seems to be targeted at the Asian market, and perhaps it will do quite well there. For all I know it will do well here too — I don't even pretend to know what will sell anywhere — but it seems at odds both with the sexy advertising and the brand's assertion that it "embodies our whole heritage, and represents our DNA in a bottle”.

Guerlain Cologne du 68 is $100 for 100 ml Eau de Toilette. It seems to be exclusive to Neiman Marcus at the moment and I do not know if wider distribution is planned. [Note: see Obliterrati's comment below; it is also at Saks Fifth Avenue.] Ferragamo Tuscan Soul is available in 40, 75 and 125 ml Eau de Toilette.

** As usual, I've forgotten where I read it or who said it. My apologies.