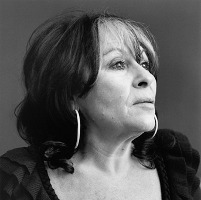 Sophia Grojsman was born in Belarus. She moved to the United States in 1965, and has been with International Flavors & Fragrances (she started as a lab technician) since 1966. Her early mentors were Ernest Shiftan and Josephine Catapano. She is now semi-retired.

Sophia Grojsman was given the Living Legend Award by the American Society of Perfumers in 1996, and the Achiever Award by Cosmetic Executive Women in 1994. In 2016, she was given the Perfumer of the Year Lifetime Achievement award by The Fragrance Foundation.

Perfumers have signatures. You can pick up a fragrance and know who the perfumer is by the way certain ingredients are put together. I'm known for floral accords, bottoms and cleavage. — Quoted in In the World of Fragrance, Reputations Rest on the Nose at the New York Times.

It used to be an art, now it's more of a business. Everybody wants an instant success. Fragrances are being tested by focus groups, which limits the likelihood of unusual scents emerging. — Via Women's Wear Daily, 9/4/1992.

See all articles on Now Smell This tagged Sophia Grojsman.

Read an interview with Sophia Grojsman at Bois de Jasmin.