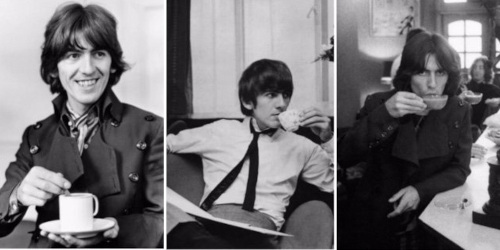 I'm in (original) Dior Eau Sauvage, issued the same year (1966) as George Harrison's Taxman, from the album Revolver. Tea at the moment is Upton Christmas Tea.

Reminder: 2/25 is George Harrison's birthday. Tell us a favorite George Harrison or Beatles song and wear the fragrance that matches the song. (Adapted from a suggestion by Old Herbaceous. We did a similar project for John Lennon in 2020.)

Bonus reading: The song George Harrison wrote that changed The Beatles forever at Far Out Magazine.

Bonus listening: a fantastic cover of Taxman by Memphis blues singer Junior Parker, who would die of a brain tumor the year after this album (The Outside Man; 1970) was released. The song was rereleased on Love Ain't Nothin But A Business Goin' On in 1971.