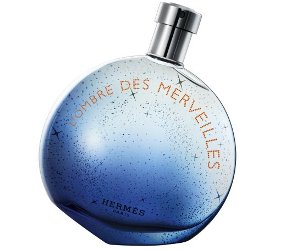 The intense radiance of a chiaroscuro fragrance, both woody and oriental. The sensuality of tonka bean and incense emphasized by deep notes of black tea.

Since 2004, Eau des Merveilles has been a key that opens the door to the wonders of Hermès. From innocence to fantasy, from childhood dreams to femininity, it is a world where the extraordinary is brought into the light. Year after year, we are transported on an air of poetic enchantment. Captured in their round bottles resembling a magnifying glass, the fragrances have the magical power to see the world from new and marvelous angles. It is the key to wonders, the origin of stars in broad day light.

Hermès L'Ombre des Merveilles is available in 30, 50 and 100 ml Eau de Parfum. It was developed by perfumer Christine Nagel.