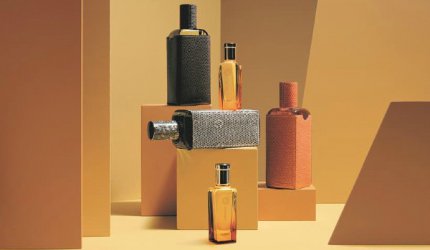 All were inspired by the Middle East, and developed by Hermès house perfumer Christine Nagel, who notes that they can be worn alone or layered. 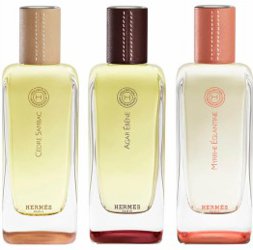 Cardamusc ~ a contemporary musk with cardamom. 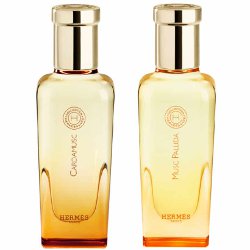 Hermès Agar Ebène, Cèdre Sambac and Myrrhe Eglantine are available in 15, 100 and 200 ml Eau de Toilette. Cardamusc and Musc Pallida are available in 20 ml Essence de Parfum (€325). They are available now in limited distribution (Dubai, etc), and will be introduced more widely next month.