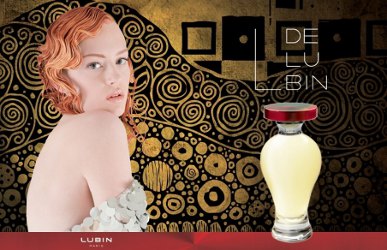 I never thought much one way or another about the designer Halston, until I started researching him for a mystery novel. I’d remembered Halston’s dresses as tubes hanging on 28AA women with glossy lipstick who partied at Studio 54 in the late 1970s. Then I learned that those simple tubes were masterpieces of Halston’s “spiral cut,” in which he took an extra wide length of fabric — so wide he first used upholstery fabric, then commissioned his own fabric runs in Italy — and fashioned them meticulously to hang on the bias with a long, spiral seam. In the late 1960s, he even worked with legendary couturier Charles James and hung his fabric diagonally to relax before cutting it, just as Vionnet did.

Halston’s monastic simplicity? Genius and craft are what made those dresses look so effortless. The best light chypres of the 1970s stir the same magic for me.1 It’s easy to dismiss them as pleasant, but not serious, wafts of oakmoss and green or citrus or vague florals — the gimlets of the perfume world. But like Halston’s spiral cut dresses, when you start to examine them, their complexity might astonish you. Lubin L de Lubin is a good example.

L de Lubin smells like a warmer, gentler Christian Dior Diorella, or maybe the love child of Jean Patou Que Sais-Je and Molyneux Quartz. It goes on with nose-tingling aldehydes and bergamot, then a vivid cloud of lemon, accented with pepper and what smells to me like mint. And it’s definitely a chypre. Oakmoss lovers, never fear. The new L de Lubin smells as rich and deliciously fusty as any old school chypre out there.

L de Lubin’s bright floral heart is well balanced by its citrus, and the whole works plays quietly, with one foot in classical perfumery and the other tapping to Boogie Woogie Dancing Shoes. Yes, L de Lubin is dated. You’re not going to find anything like it on department store shelves. It embodies Halston’s combination of 1970s disco child and eternal goddess. And you know what? I love it. It’s sophisticated and easygoing, and not everyone’s going to get it. But I do.

As L de Lubin dries down, its sweet and spicy characteristics emerge. Until now, the fragrance has been green and citrusy with a light, cool feel. Now, the temperature shifts, and sweet wood, a touch of vanilla, and spice complement the moss, which bridges cool and warm fragrance notes so well.

Because I’m the luckiest person in the world, I received a nearly full bottle of vintage L de Lubin from a woman who purchased it in the 1970s. Sampling a 40-year-old fragrance is not the same as smelling it 40 years ago, but I wore it next to the modern version of L de Lubin, and I was impressed by how faithfully the new version reproduces the original.

Both versions embrace the signature of crisp lemon and white flowers and moss with a hint of vanilla and wood. My vintage version’s top notes are slightly oxidized, but within a few minutes, its jet set heart emerges, fluffed with moss. Here’s where it diverges from the new version. Although the new L de Lubin smells definitely chypre to me, its texture isn’t as mohair-like as the ultra oakmossy original is. Also — and this might be a benefit — the new version doesn’t have the slightly skunky smell oakmoss can give. Finally, the new L de Lubin actually lasts longer on my skin — close to all day, although quietly. Its dry down is also a hint spicier with clove and sweeter with vanilla than the dry down from my vintage bottle.

L de Lubin isn’t for everyone. While it's fresh and easy, it doesn't pander. If you like Diorella, but find it a little too freaky to wear every day, try this one. And if you’re ready to look past Halston’s society page spreads of Liza and Bianca to the the intricacies of the spiral cut, you just might appreciate it, too.

L de Lubin Eau de Parfum is $150 for 100 ml. For information on where to buy it, see Lubin under Perfume Houses.

1. Other 1970s chypres worth checking out are Yves Saint Laurent Rive Gauche (vintage, if you can get it), Paco Rabanne Calandre, Yves Saint Laurent Y (okay, it came out in the 1960s, but it presaged this era), Givenchy III, Halston (again, try for the older stuff) and Mystère de Rochas.