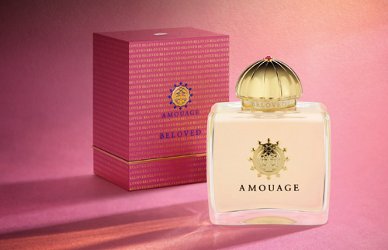 Sometimes I think it’s easier to find a spectacular perfume than an easy, but still interesting, perfume. The market overflows with blockbuster orientals, juicy fruity florals, and assertively clean steam-iron musks that shout their presence. But what about the friendly fragrances without attitude? The fragrances you can wear anywhere that don’t announce their presence and aren’t trying to prove something, yet still please the choosy perfumista?

Let me explain further by describing what an easy fragrance isn't. It isn't simply “pretty.” Robin’s terrific post “5 Perfumes: Pretty Spring Florals” lists loveable, pretty perfumes — basically, fragrances Cinderella would have on her dressing table (and perfumes I dearly love, too). But, with the possible exception of Hermès Jour d’Hermès, they’re perfumes that announce themselves. When you wear Parfums de Nicolaï Le Temp d'une Fête, for example, you smell like a fantasy of narcissus wrapped in fur, and it’s noticeable. Sure, your sillage will mesmerize the people around you, but they’ll tune in to its personality. It makes a statement, even if that statement isn’t edgy. So, it isn't "easy."

An easy perfume isn’t necessarily a classic Eau de Cologne, either. Cologne, while fresh and often fleeting, is still assertive. Sure, it’s a crisp sort of assertive that doesn’t usually try to wow you with its freakiness, and it’s wonderful to catch a whiff of on a sweltering day, but a Cologne isn’t always particularly subtle.

An easy perfume isn’t simply a quiet perfume, either. For instance, I love Parfums DelRae Mythique. It’s quiet but thick with iris and suede, both notes I love. It feels like me. Iris and suede, though, aren’t as easy to love in the outside world as they are in our rarefied world of perfume lovers. And although I hate to admit it, Mythique is just a tiny bit more what I want to be, rather than the dork that I am for real. That’s what makes it so attractive, but that’s also what pushes it out of the category of “easy” perfume for me.

So, what are some easy perfumes that still intrigue someone experienced with perfume? One I’ve been enjoying a lot lately is Amouage Beloved. Unlike other Amouages I’ve sampled, Beloved is happy taking the back seat. Maybe few people rave about Beloved on first wearing, but Beloved has enough confidence to know she will go the distance. Beloved is like cashmere pajamas. Maybe you want to splash out with a showier outfit, but after a while the Spanx you have to wear to pull off that fabulous cocktail dress become a burden. Similarly, while Frédéric Malle Carnal Flower sends my brain spinning with its beauty, it can get to be too much after a while. Beloved never gets to be too much. It’s understated and lovely, but still gorgeously made, and in the morning it only smells better than ever.

Here’s another one I consider “easy”: Halston. I’ve heard that in the old days Halston had more of a growl, but these days Halston is an easy, pretty green floral chypre you can guzzle like Snapple. At first spritz, Halston demands attention, but give it five minutes and it will calm into Miss Congeniality. This title winner, though, has a fascinating hobby of cultivating orchids and can Hustle with the best of them. You could spray it on your grandma or your preteen niece, and it would flatter every time.

One more: Bulgari Eau Parfumée au Thé Vert. This is another fragrance that feels sophisticated, yet is easier to wear than a butter-soft tee shirt. Eau Parfumée au Thé Vert doesn’t want to seduce you or challenge your intellect or stretch your aesthetic appreciation. Yet, it’s satisfying. And easy. There’s nowhere it wouldn’t be appropriate.

Do you see what I mean about “easy” perfume? Are there any you rely on?